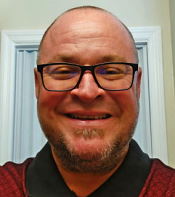 Rick Henderson serves as principal of fauowlsnest.com. He is a graduate of Florida Atlantic University (FAU) and holds a degree in Business Administration with a major in Management.

Rick has been involved with FAU sports programs for over three decades. His main responsibilities include site coverage and content management, development, and oversight of the team's contributors.

Rick began his collegiate work experience practicum as a staff member with FAU's athletic program, eventually serving there for over eight years. His last tenure was as Director of Sports Marketing.

Within the Florida Atlantic Philanthropic community, Rick is a lifetime member of the Alpha Phi Omega National Service Fraternity.

You can connect with Rick in the following ways…

The following downloads are in our database from this author…

No downloads were found

The following news articles are in our database from this author…