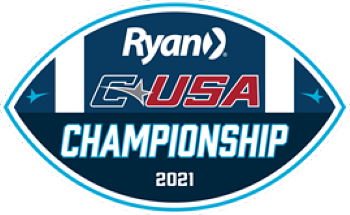 This marks UTSAs first trip to the C-USA title game, while WKU makes its third appearance. WKU claimed conference championships in back-to-back seasons in 2015 and 2016.

This will be the third all-time meeting between the schools (series tied 1-1) and second meeting this season, as UTSA escaped Bowling Green with a wild, 52-46 win on Oct. 9 to remain unbeaten.

WKU makes its first trip to the championship game in five seasons, and did so by rattling off seven consecutive wins after opening the season with a difficult schedule and 1-4 start.

This is going on tonight - and is on the infamous CBSSN (which i will be very happy to depart in just over one year).

Having lost the first one, me thinks WKU will equalize the most important of the two meetings.
E-Mail: rickthendersonjr@gmail.com

UTSA on TOP 14-13 after 1 quarter of play.
E-Mail: rickthendersonjr@gmail.com

The Hilltoppers dropped a would be TD in the end zone, and are having trouble with the defensive line play of the Roadrunners. They also miss two field goals; however both were from 53 yards out. 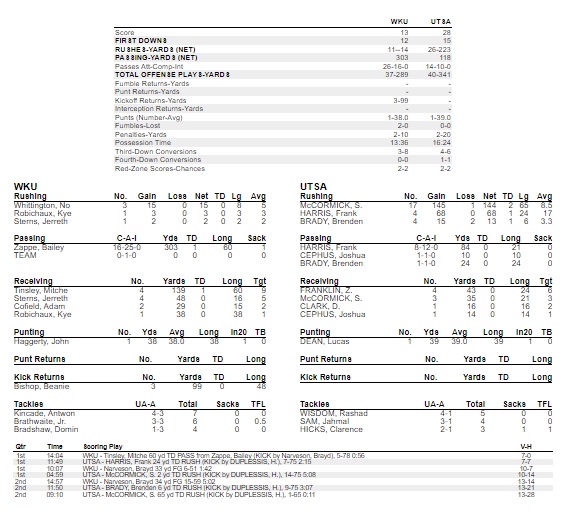 One of the better "cherry picks"

that UTSA crowd is incredible. AAC is going to maintain its P6 state

WKU has battled back after being down 42-13 to trail by just a score.

The Hilltoppers take over down 8 with just over a minute to play.

If anyone can do it Bailey can.

Roadrunner RB Sincere McCormick was named the games Most Valuable Player, carrying 36 times for 204 yards and a trio of touchdowns in the win.