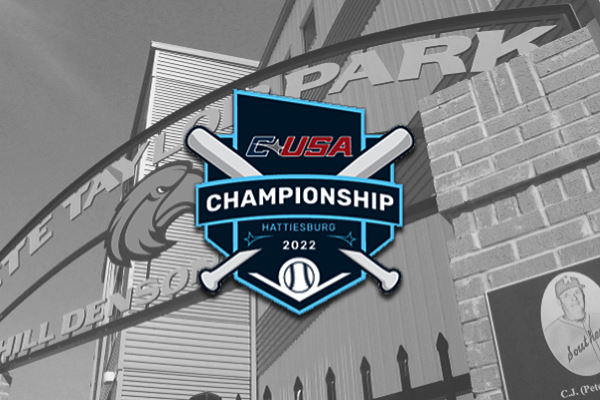 Florida Atlantic Baseball will participate in their 7th C-USA Championship on Wednesday night at 8:30 when taking the field against UTSA in game four of the day's action.

The Owls took down the Roadrunners 2-1 in Boca Raton in late March, winning the final two games of the series, which factored into the final seeding process. Lefty Hunter Cooley (8-4, 4.78 ERA) will be on the mound for FAU. Cooley tossed eight innings against the Roadrunners in the 5-4 series opening loss with 10 strikeouts.

The Roadrunners will not look to ace Luke Malone to take on the Owls, instead opting to start RHP Braylon Owens (3-1, 4.76 ERA). Despite UTSA using nearly their entire pen in the regular season series, Owens did not see time against the Owls.

FAU arrives in Hattiesburg with a 14-11 overall record in C-USA Championship play and will be seeded 4th. This is the 2nd lowest seed they have received thus far having previously made two appearances as the top seed, one as the second, two as the third, and one as 5th which last season.

The team's best showing was in 2019, when they went undefeated with three straight wins until the Championship game when they lost to this year's host Southern Miss by a score of 4-0.

Of note, they bested UTSA twice in the process (6-5, 11-4) to send the Roadrunners home. Historically, hey have been run ruled twice (2015, 2017) and have seen two extra inning affairs, both of which were 10 inning contests in their 2016 appearance.

This year's C-USA Championship tournament features the top eight teams in regular-season league play. The format is two double-elimination brackets, with four teams each, and the winners of each bracket will meet in a single-elimination championship game. Old Dominion is the defending champion, while host and top seed Southern Miss has won three of the last five tournaments.

The tournament is set to begin at 10:00 AM EST on Wednesday when No. 3 seed Old Dominion battles No. 6 seed Middle Tennessee. The Monarchs took two-of-three from the Blue Raiders in Murfreesboro in March.

Wednesdays second game features No. 2 seed Louisiana Tech against No. 7 seed Charlotte. The Bulldogs closed the regular season with six wins in its final eight games and will face a 49ers squad that won 16 of its last 20. The pair met in the final weekend of the regular season, as LA Tech took two-of-three in Charlotte to lock up the second seed and secure this matchup.

Southern Miss will play the 5:00 PM game in front of its home crowd, matching up with No. 8 seed UAB. The Blazers were one of just two teams to win a conference series against the Golden Eagles in 2022.

The 2022 C-USA Championship Game will he played on Sunday, May 29th at 2:00 PM and will be nationally-televised by CBS Sports Network, while all other games will be available on ESPN+.

Below is the currently available slate for the full five days of action in Hattiesburg.

Game one is in the books with ODU winning in a run rule 18-7 over MTSU.

However, Game Two has been in a three hour weather delay.

More to come on "weather" or not the Owls will play tonight or the contest will be moved up.
E-Mail: rickthendersonjr@gmail.com 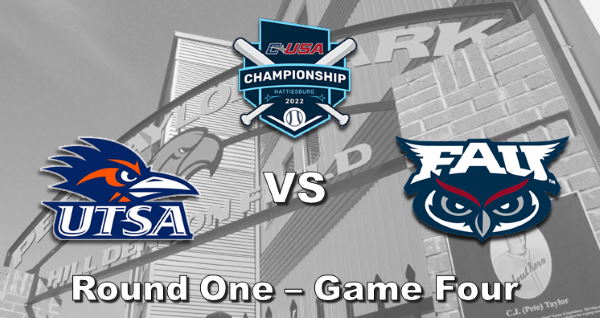 JUST IN: FAU Baseball vs UTSA has been moved to tomorrow at 10:00 AM EST due to weather in the Hattiesburg area. Go Owls 🦉⚾️🧢
E-Mail: rickthendersonjr@gmail.com

LA Tech knocks off Charlotte in shutout fashion 4-0, sending them into the losers bracket with MTSU.

The UAB vs Southern Miss contest is now underway, and they should be able to finish that looking at the radar.

That will be the final game of the day, with the Owls resuming play for the postponed Game Four tomorrow morning at 10:00 AM EST vs UTSA.

On a side note, if the Owls lose, they will play again at 8:30 PM vs the loser of the UAB vs Southern Miss contest.

Golden Eagles will be off today and the Blazers will face the loser of the FAU vs UTSA game in the night cap.
E-Mail: rickthendersonjr@gmail.com

Member since 2021
The guys battle, but take the loss in the opener at the C-USA Championship. They will play again tonight against the UAB Blazers at 8:30.

The Blue Raiders are outscored 40-7 in their two games and will be the first team to depart Hattiesburg.

The Monarchs go a game without a homer, but avoid the shutout with two 9th inning runs.

The Bulldogs will be off until Saturday. 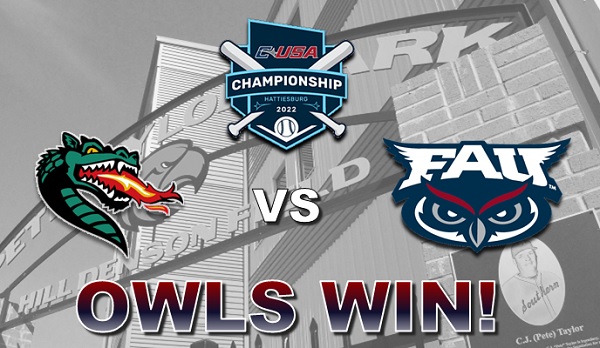 The Blazers are the 2nd team to exit Hattiesburg after scoring just four runs in their two games.

Florida Atlantic will take on the loser of the Southern Miss vs UTSA game tomorrow night at 6:00 PM

Member since 2021
The Owls will face host Southern Miss tonight, who lost to UTSA 7-6 in the day's first game. The winner will advance, while the loser is finished in the tournament.

#CUSA 🏆 SCHEDULE UPDATE: @FAUBaseball will take on @SouthernMissBSB in today's finale at ~ 6:30 PM. RHP @jjosey22 will be on the mound for #FAU. #GoOwls 🦉⚾️🧢 pic.twitter.com/HzoQJz1gWz