We now know how GREAT this team CAN be. What a showing! Proud Owl!

Great win. Entenza is a star. Hunter Cooley has really grown into a crafty lefty. TV broadcast was factual and respectful to FAU. A good night!
Twitter: @JakeElman97

The Rundown is coming soon…

OWLS WIN! | (#21) #FAU 3 - (#6) #UF 2 @FAUBaseball wins YET AGAIN, this time upsetting the sixth ranked Gators in ten innings. Well done to @FAUCoachMac who called an INCREDIBLE game for his boys!

NEXT: vs. #FGCU, Fri 5pm pic.twitter.com/HouCTqH3np

Oh my God, we're actually going to Omaha aren't we?
When I'm not in school, I'm schooling the CUSA Twitter game; Follow Me Here 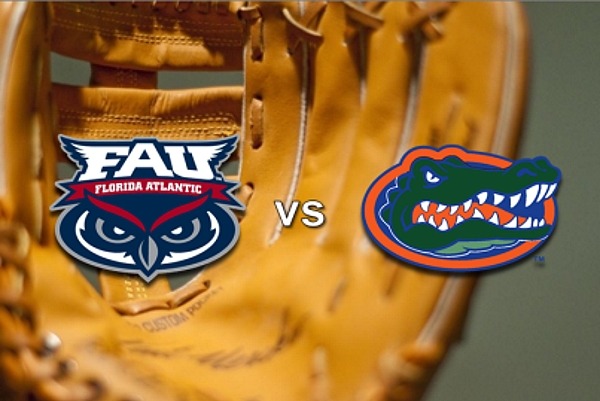 The No. 21 Florida Atlantic Owls just made a huge case to move further up the rankings as they defeated the No. 6 Florida Gators by the score of 3-2. Mike Entenza earned the win with three scoreless innings while Jackson Wenstrom made a beautiful game-saving catch to get the second out of the 10th inning to help propel the Owls to victory.

The Owls will be back in action on Friday, March 5 against Florida Gulf Coast. First pitch will be at 5:00 p.m. and the game will be broadcast on C-USA TV.

Tonight I was most impressed by the pitching. They are getting better every game. So nice to see the confidence building. The rest of the game was solid all around. Huge win. Important win. Let's keep it up.


Haha could you imagine!? We owe them an ass kicking on the gridiron after last time…

Pitching was stellar today. Cooley was incredibly good and entertaining. Entenza really showcased who he can do. Stuart's performance shouldn't be overlooked either: 4.0 IP, 3H, ,2ER, 6K is a pretty solid day!
When I'm not in school, I'm schooling the CUSA Twitter game; Follow Me Here

Woke up . Looked at my phone. We still beat the gators!!!