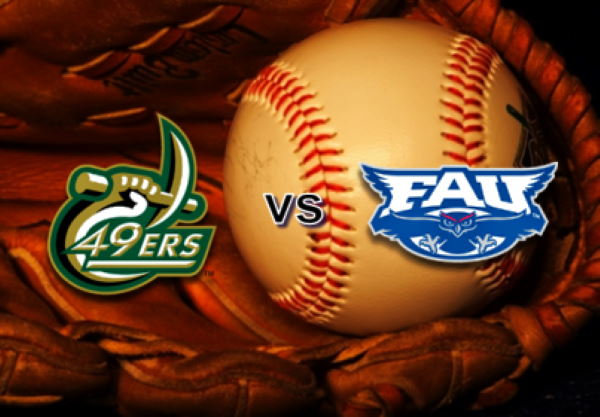 Series: The Owls own a 17-8 all-time mark, but have dropped four of the last five games.

With just two series remaining, FAU is approaching the finish line of the 2022 regular season. After this weekend's three game stanza against Charlotte, they will have a short turn into the finale on the road at Marshall which will begin on an earlier than normal cadence with a Thursday afternoon opener.

The Owls will send off five members of the 2022 Senior Class in a pre-game ceremony prior to the start of game two on Saturday, which includes two pitchers, two catchers, and a member of the outfield: 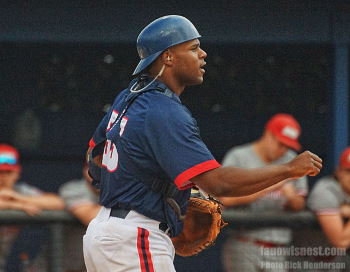 Team captain and catcher Nicholas Toney bids farewell to the home field while having his best season thus far as an Owl. Toney has increased his average at the plate substantially over last season at .309 while enjoying his highest output in on base percentage and a perfect fielding mark as well. His slugging mark of .473 ranks 5th on the team. 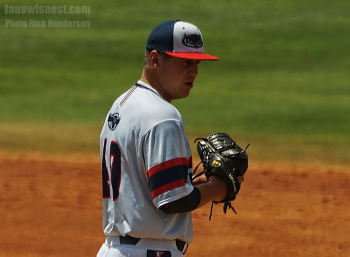 Now becoming a fixture in the Sunday slot, graduate pitcher Tyler Burnham will get his 12th start for game three, and enters the contest holding down the best opponent batting mark at .164 while seeing the second best showing amongst the staff with 41 strikeouts this season.

A catalyst for the team when needed, catcher Shane MaGrann has delivered eight doubles on the year, which is fifth in that category. But his consistency has been remarkable, serving up a two bagger just under 10% of the time he's been at the plate during 85 at bats. Additionally, his slugging mark of .494 (4th) has provided many timely sparks. 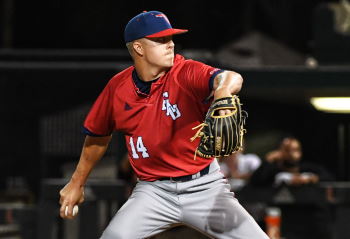 A transfer from West Virginia who joined the squad last season, righty Brock Helverson has just 22.1 innings of action under his belt but has made his mark in the strikeout department with 32. 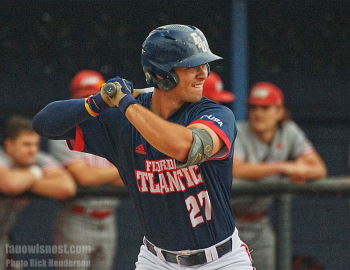 The Owls continue to be stingy on the base path, allowing just six stolen bags in conference play off of 18 tries - both of which are lows league wide. Charlotte infielder Nate Furman has claimed 20 freebies (1st C-USA) on the season and will likely test the arms of both Caleb Pendleton and Toney this weekend providing he reaches.

Charlotte is riding high after a home sweep of Rice in which they netted a 36-13 run margin which included shutouts in games one and three of the series (13-0, 9-0). Prior to that, they took a tough 4-3 walk-off loss to North Carolina in 10 innings which snapped a nine game win streak. UNCC is 23-8 at home on the year, but are just 7-8 on the road overall, and 6-6 on the road in conference play.

Friday night starter Hale Sims was named the C-USA pitcher of the week for his efforts against the Houston based version of the Owls, throwing the first 7.0 innings of the game while not allowing a run as part of his second combined shutout this season. He surrendered just four hits and two walks while matching his career-best with eight strikeouts.

Having faced similar opposition in the league, head-to-head UNCC is nearly tied with the Owls overall in both batting and on the mound. FAU edges narrowly in team ERA with Charlotte just above in hitting. Interestingly, the 49ers took 2-of-3 from Old Dominion in Norfolk, whom the Owls were swept by, but were swept by UTSA, whom the Owls beat.

The 49ers swept FAU 4-0 in last season's C-USA regular season action with each of the last three contests being decided by a single run. However, the Owls had the last laugh bouncing Charlotte out of the 2021 C-USA Championship with their second straight loss in one run fashion as well (9-8). 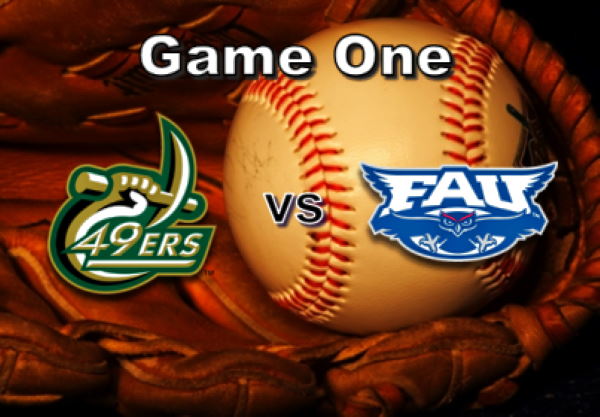 Game one is underway and it looks like the rain will stay away. Owls have dodged a lot of bullets as of late.

Cooley comes out and takes care of business 1-2-3, which is great to see.

Nolan Schanuel earns a walk, but is left on base.

Cooley is dealing - just 21 pitches through two full frames - and the 49ers are set down in order again.

Unfortunately, so is Sims.

Owls with the lone base runner, as neither team has a hit so far.
E-Mail: rickthendersonjr@gmail.com

Can't ask for more from Hunter Cooley, man is twirling a great game so far against a solid hitting team - another 1-2-3 frame.

Hartigan is on the base path for the first time quite some time after returning from injury, as he earns a walk. Gabe Rincones swats a double off the outfield wall to bring him home for the first hit and run of the game.

The Owls then load the bags with two away to chase C-USA pitcher of the week Sims off the hill with 61 pitches through 2.2 innings.

But they leave them that way.
E-Mail: rickthendersonjr@gmail.com

Goldstein robs a 49er hit with a sliding catch in shallow left. Cooley then allows a run behind two hits.

But Pendleton guns down an aggressive attempt to stretch the second one into a double. Cooley follows that up with his third K to complete the side.

Pendleton reaches on a walk, but is left on.

All tied up at FAU Baseball Stadium.

Charlotte sends eight batters to the box in the fifth, as Cooley is roughed up for an RBI single, sacrifice fly, and a 3RBI homer.

Armando Albert strikes out for the third time in the Owls' turn as they are set down in order and are looking for a spark.

Coach Mac will stay will Cooley for the 6th.
E-Mail: rickthendersonjr@gmail.com

Cooley serves up a lead-off homer, his second of the night and his work is complete as Coach Mac brings in former Saturday starter Tibur Rivero.

The Owls put two on as Goldstein walks and Ross singles, but a double play ends the threat.
E-Mail: rickthendersonjr@gmail.com

Rivero works a 1-2-3 effort in his return, but the Owls hit into another double play while stranding Albert who singled.

FAU is down to their last six outs.
E-Mail: rickthendersonjr@gmail.com

Rivero's exit is quick in the 8th as he loads the bags with no outs - single, single, walk - and then hits a batter allowing a run.

Sam Drumheller comes on in relief to mop up, and is immediately met with a 2RBI single that puts the 49er's into double digits.

However, he serves up three straight strikeouts thereafter to leave two runners stranded.

In what has become a theme, Owls see a double-play leave two stranded in their turn.
E-Mail: rickthendersonjr@gmail.com

Tyler Kelder doubles in a run, and Rincones singles in another to narrow the gap slightly, but the Owls drop the opener.

FAU puts up three runs off nine hits, and walk six times, while Charlotte nets 10 runs off of 11 hits and three free passes.

With Marshall losing to ODU 13-8, Florida Atlantic punches a ticket to the 2022 C-USA Championship.

Game Two tomorrow to get back on track with 1st pitch scheduled for 4:00 PM.