Fau has got a team full of hitters. We just need to find some young arms that commit and don't sign after the draft. Finding arms is EASILY the most difficult thing to do in college baseball.

This game should end about midnight.

Member since 2021
THE BATS ARE ALIVEEEEEEE!!!! Victor Castillo with FIVE RBIs tonight and the Owls are back in the lead.

.@jackowenny puts the Owls BACK in the lead! 🔥

Member since 2021
The Owls bats are in full swing in the top of the ninth, two men on, no outs, keep the foot on the throat, Owls!

Lets see if that top half of the order can do more damage for the Owls and get some insurance runs. 💪

Member since 2021
Man, I wish we had a better camera angle on the stream, but Victor Castillo just made a BEAUTIFUL game saving catch in left. He has taken full advantage of his opportunity today.

What to see how baseball stats are misleading ? Fgcu scored 29 runs in four games vs  FAU.  Their record, one win and three losses. Gotta love college baseball.

Member since 2021
This team just showed so much resilience on that baseball field today. Holy cow, what a performance.

Great win. The comeback kids are at it again….and the game ended before midnight. 😎

It isnt always pretty but they always fight and claw until the final out. Love to see it. 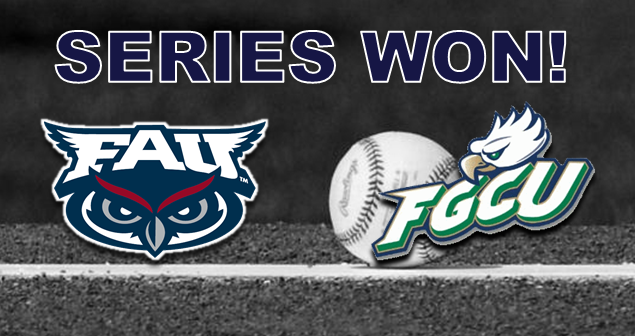 The FAU Baseball team was down 8-0 in the second inning, but they certainly weren't out. Backed by a seven-run fourth inning and a grand slam by freshman outfielder Victor Castillo, the Owls fought their way back into the ballgame and took the victory right from the grasp of the FGCU Eagles, winning 13-11.

FAU will return to action on Friday, April 2, when they travel to Charlotte to start a four-game weekend set against the 49ers. First pitch will be at 6:00 p.m. and the game will be broadcast on C-USA TV.