Member since 2021
FAU Baseball Look to Rebound Against UAB 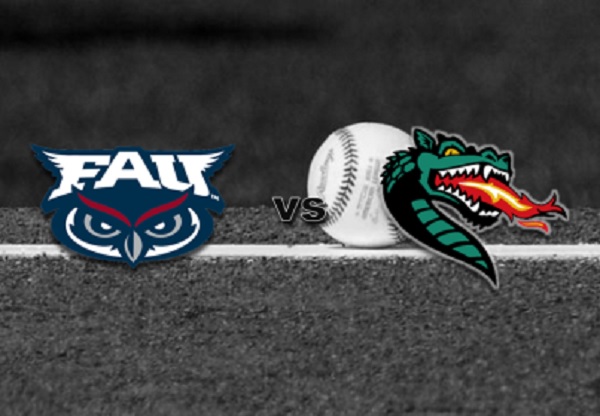 Series: FAU owns a 14-6 series lead all-time over ODU, although ODU took two of three in Boca Raton the last time they played in 2019.

FAU finally ended a seven-game losing streak on Sunday, when starting pitcher Javi Rivera pitched a masterful eight-inning performance, fanning seven batters, walking two, and giving up just three hits and no runs. Rivera's performance was one of the lone bright spots of a UAB series that saw the Owls get outscored 25-11.

One of the main storylines of the series was the Owls' inability to hit with runners on base. In total, the Owls left 36 runners on base throughout this series, averaging nine per game. The Owls also batted .217 as a team and struck out 38 times. In comparison, ODU hit .262 and struck out 31 times. The Owls need to get those numbers down if they're going to win this series.

Freshman second baseman Sam Low made his mark on the Owls during last week's series, hitting .462 with an on-base percentage of .500 last weekend. He added two RBIs to his stat line as well, being one of the more impactful members of the team. Freshman outfielder Jalen DeBose also had a breakout series, hitting .375 in three starts.

Right fielder Bobby Morgensen had an on-base percentage of .000 last weekend, striking out five times in 13 at-bats. It got to the point where Coach McCormack started DeBose over Morgensen, so a big storyline this weekend will be if Morgensen is able to break out of that slump or if DeBose will get more playing time.

Caleb Pendleton still has no timeline for his return, so Shane Magrann may get more playing time in this series. In last week's series, he started two games and hit .200.

The UAB Blazers come into this game on a six-game losing streak, with their last win coming on April 2, when they defeated Louisiana Tech 9-3. Since then, the Blazers have been outscored 52-13 over that losing streak, including a sweep by Southern Miss that saw them get outscored 27-7.

Last time out, the Blazers lost 12-4 to the Troy Trojans on April 13, with starting pitcher Carson Knight pitching just one inning, allowing three runs and four hits. In total, UAB used 10 different pitchers in that game, with none of them pitching more than an inning, so the majority of UAB's pitching staff is coming into this weekend's series with limited rest.

UAB's most prolific hitter is freshman infielder Chandler Simpson. He is currently hitting .333 with 12 RBis and an on-base percentage of .381. The Blazers aren't known for hitting the deep ball, however, hitting just 16 total as a team while giving up 29. In comparison, Nolan Schanuel and B.J. Murray alone have combined for 18 home runs on the season.

Member since 2021
Jackson Wenstrom moves up from the 9 hole to the 2 hole, as FAU looks to start a winning streak after ending their 7 game losing streak on Sunday.

#FAU ⚾️ is BAAAAAACK and ready to start a winning streak against #UAB!

Member since 2021
The Owls were so close to putting runs on the board, but Darryl Buggs made a spectacular diving catch on a Bobby Morgsensen ball that could've at least scored Alvarez from second. 0-0 going into the bottom half of the inning.

Wilfredo Alvarez gets things started with a single on the first pitch of the ball game! 🔥

Member since 2021
B.J. has been one of the best players in the nation since the Owls started conference play. He's now just one RBI behind Schanuel for the team lead.

Member since 2021
Hunter Cooley falls apart after his 3-inning perfect game was broken by a home run, giving up 5 runs in the two following innings.

Member since 2021
Steve Loden comes through in a rare opportunity for him! Good stuff, Steve!

Steven Loden drives home a run and the Owls are just two runs away from tying this game! 😎

These guys tie the game with back-to-back sac flies and we have a tie game!

Member since 2021
C-USA has adopted the MLB rule where teams start extras with a runner on 2nd, so FAU has Cade Parker at 2nd to start extras.

Member since 2021
Braden Ostrander blows a chance to save the game and the Blazers take game one of the series, ending their six game losing streak.

Blazers load the bases and get a crucial hit with 2 outs to walk it off. 😕