Member since 2021
Morgensen came through in the top of the seventh to give the Owls the lead, Sam Drumheller will likely return for his third inning to secure the win for FAU. I can't see what's happening, so I can't confirm that for you.

Member since 2021
Mike Entenza is on the mound for the save, let's see if he can have himself a solid outing to close this game off.

Member since 2021
Entenza's struggles continue, with him boasting a 10.98 ERA now on the season… with Ostrander and Spiller out, this may be a running problem for the Owls.

Will take the split, this series could have easily gotten away from us quickly AND aside from the last half inning, we were clearly the better ball club.

Hope we can get the remaining two games in and take the series. 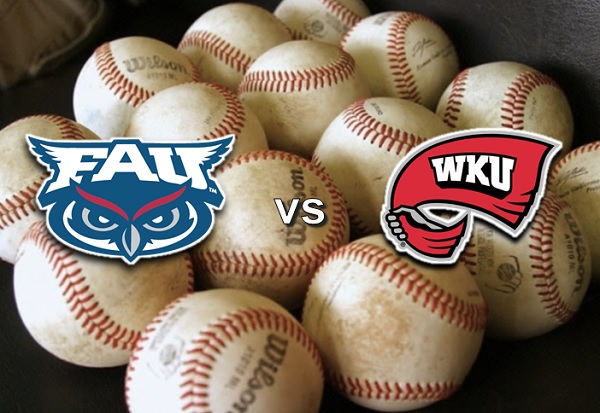 The Owls split the first two games of their series against the WKU Hilltoppers, winning Game 1 by the score of 6-3 while letting Game 2 slip away, falling 6-5 after a seventh-inning collapse by Mike Entenza. They had to play a doubleheader today as opposed to tomorrow due to weather coming into Bowling Green, KY and the rest of the series is TBD.

"We gotta do the best we can. Next guy up. We gotta get [Dylan O'Connell] to get some outs, we gotta get some seniors like Mike Entenza to be able to come through there, Adrien Reese is a guy who can jump in, you figure Visconti will be used at some point, so we just gotta piece it together." -Head Coach John McCormack on his plan moving forward with three bullpen pitchers out of the lineup.

The rest of the series' start times are TBD and will only be available on a radio broadcast on FAU's YouTube channel. We will keep you guys updated as we find out more about the remainder of the series.

Saturday's contest has been tentatively slated for a 2:00 PM EST start but remains subject to change as weather plays out.
E-Mail: rickthendersonjr@gmail.com

Coach needs to figure this out. We MUST  win the series.

Tomorrow is not looking good at all.

I guess two nine innings games will try and happen, but surprised by the start time:

JUST IN: #FAU will attempt to play a DH today, each contest is scheduled for 9 innings. Game 1 slated for 2:00 PM EST start. #GoOwls 🦉⚾️🦉 pic.twitter.com/BXb4sqyBjc

Member since 2021
The two sides are currently tied in the C-USA tournament race. A doubleheader sweep would work wonders in the quest to clinch a spot.

DOUBLE BASEBALL 2.0 ⚾️⚾️#FAU and #WKU fight for ground in the C-USA Tournament! 👀