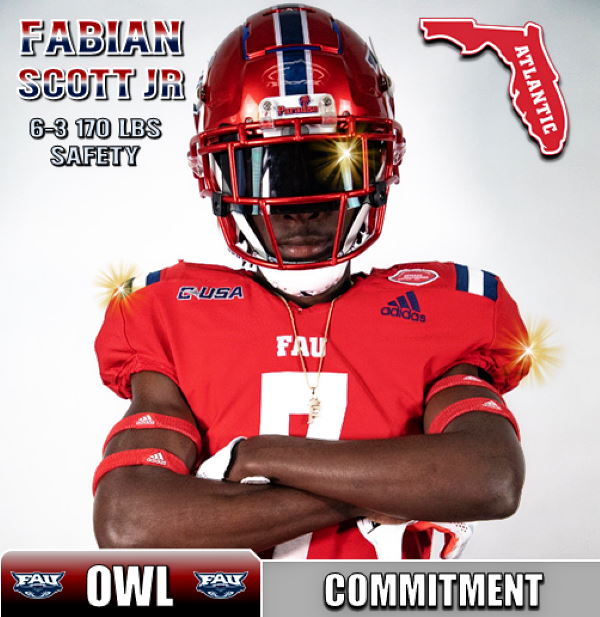 After being offered on February 16th, Scott attended the Owls' popular 2022 Junior Day on March 19th, and was back again just two days later for another visit. He then decided to pulled the trigger and gave his pledge to Coach Taggart and Staff.

FAU commit Fabian Scott with a break up at the Miami Millionaires 7-on-7. Long cat with some range. https://t.co/jx6m1wm8bR pic.twitter.com/FAOcPjAoB5