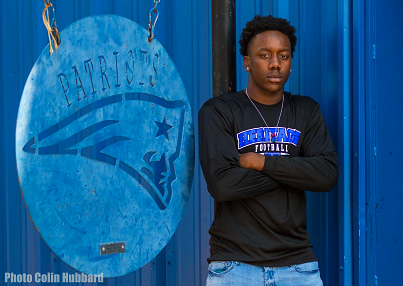 Willie Taggart's phone rang again with another commitment this weekend to FAU football's class of 2021.

"When I looked at the 13 schools on my list, FAU stood out just because of how persistent they were. I got calls, facetimes, and text messages every day." McBride explained.

"Coach Taggart and I discussed how important it is I grow as a man at FAU and how I need to carry myself every day. There are a lot of opportunities outside of football in Boca."

In what is becoming a common theme in many of the Owls' commitments, FAU recruiting coordinator and outside linebackers coach Raymond Woodie played a significant role in landing the prospect.

"My whole family likes coach Woodie," said McBride. "I have an old recreational basketball coach named coach Hardaway, and he is like family and is somebody who cares for me and wants to make sure I grow as a man, and my family got that same vibe from coach Woodie."

At 6-4, 215 pounds McBride was named Georgia's region 3-AAAAAA 2019 defensive player of the year after producing a whopping 22 tackles for loss and 9.5 sacks.

McBride is also a star on the basketball court, as was named second-team all-region in basketball averaging a near double-double with 10 points and eight rebounds a game plus three assists and two steals.

"Florida Atlantic is getting an absolute stud. Courtney is one of the best pure pass rushers that I've seen in my days covering high school football. He's without a doubt the leader on defense and is extremely knowledgeable about the game. He's probably at his best when he's rushing the passer from a standing position. He does a great job fighting through double teams and is in the backfield on almost every single play.

I think Courtney is just scratching the surface of what he can do. I think his game will translate very well to the next level and, I wouldn't be surprised at all if he earns playing time in his first two years on campus. Courtney is the perfect example of a kid staying humble and keeping his eye on the prize."

The Peach State has become a recent pipeline for Owls' defensive players.

Despite already having 18 verbal commits do not expect the coaching staff to slow down on the recruiting trail any time soon.

Several top targets have recently announced FAU as one of their top finalists for their services.

Follow along in the FAUOwlsnest 2021 recruiting discussion thread for all updates:

Khalil Mack. Sorry, had to do it.

The entire state of Georgia is becoming FAU North!
When I'm not in school, I'm schooling the CUSA Twitter game; Follow Me Here