ME too!!!! Two consecutive FOUR GAME collapses not good at all…

My understanding is that we have very few scholarships availab… 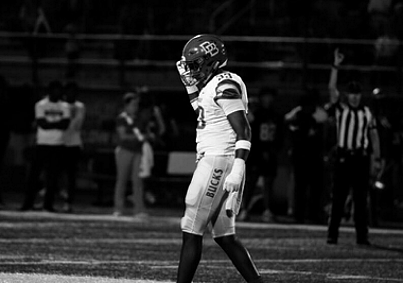 After adding three commits in the past week, the FAU Owls continue the hot streak and add another local prospect to their 2021 class.

"My mom is an alumni of FAU, and it's only 30 minutes from my house, so my mom and my dad can see me play every weekend,'' Cross told FAUOwlsnest.

Owls outside linebackers coach and recruiting coordinator Raymond Woodie initially offered Cross back on April 13th and built a strong relationship with him.

"Coach Woodie kept it genuine and honest, he told me what it is, and it's not going to be, and that is what I respect.''

During one particular Zoom meeting with Cross and his parents' coach Woodie showed what kind of coach he is and exactly how he teaches the game.

"We were talking about where I would fit in the defense, and he showed me a play on film and made it so simple to understand my role,'' Cross said.

"He has coached linebackers who have played in the Super Bowl, like Patrick Willis and NaVorro Bowman.  It doesn't get any better than that,'' exclaimed Cross.

Already at 6-3 224 lbs Cross could see even more growth to his frame as his father Reginald Cross is a 6-8 former basketball player, who was drafted by 76ers in 1989 and played at various locations overseas.

Cross's frame and athleticism will allow him to either rush the passer or drop into coverage from the stand up the defensive end/outside linebacker position, which is so crucial in Jim Leavitt's 3-4 scheme.

Cross produced 29 tackles and four sacks on a Deerfield Beach team that made it to the 8A state semifinals in 2019 and produced ten 2020 FBS football signees.

I am loving these recruits. High quality players that are staying home. Welcome to FAU  justice! Coaches are not only filling needs , they are filling them with real good players. Our coaches are on a serious roll.

amazing to see the number of recruits wanting to play for FAU. Not sure if it is the new facilities, the exposure Kiffin built, the reputation the school projects nowadays or simply having someone like Taggart and his staff.
Whatever it is; we receive it with open arms.

The Under Armor camp measurements are not public, so….. we will see.

His dad is 6-8 so it makes sense he has done some quick growing.

amazing to see the number of recruits wanting to play for FAU. Not sure if it is the new facilities, the exposure Kiffin built, the reputation the school projects nowadays or simply having someone like Taggart and his staff.
Whatever it is; we receive it with open arms.
Posted On: Jun 11th 2020, 8:00 PM #395081


It has a lot to do with all that.

There are decades and decades of Florida recruiting experience here.


Taggart did not lie about landing local kids.

Out of the first 10 commits, 5 are from Broward and Dade.

The Under Armor camp measurements are not public, so….. we will see.