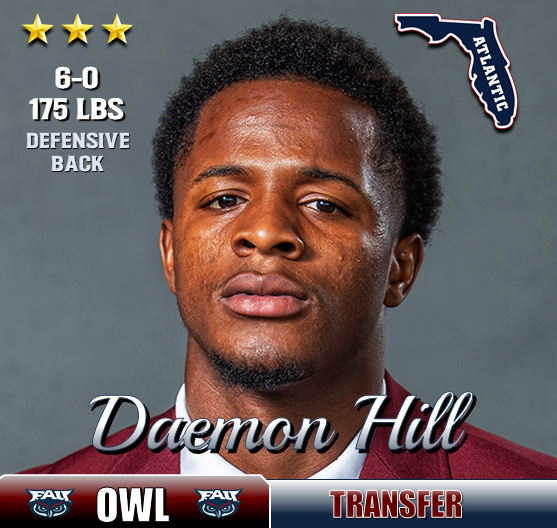 The Owls continue to mine the transfer portal, and may have hit gold in a significant position of need as Central Michigan defensive back Daemon Hill has announced his decision to transfer to Florida Atlantic and will be immediately eligible for on-field duties.

Hill caught the attention of a number of P5 programs, with Illinois making a late push for the secondary speedster under former FAU defensive assistant Keynodo Hudson. But ultimately he decided to head north and join the Chippewas roster under former Gator Head Coach Jim McElwain.

Entering the portal earlier in the week on May 2nd, Owl staff wasted no time reaching out Hill while gaining quick interest in a return to the Sunshine State.

Hill can be expected to compete for a starting spot in the backfield for the 2022 season.
E-Mail: rickthendersonjr@gmail.com

The are still two silent commits, and one from today as well.

Tearing it up in the portal!