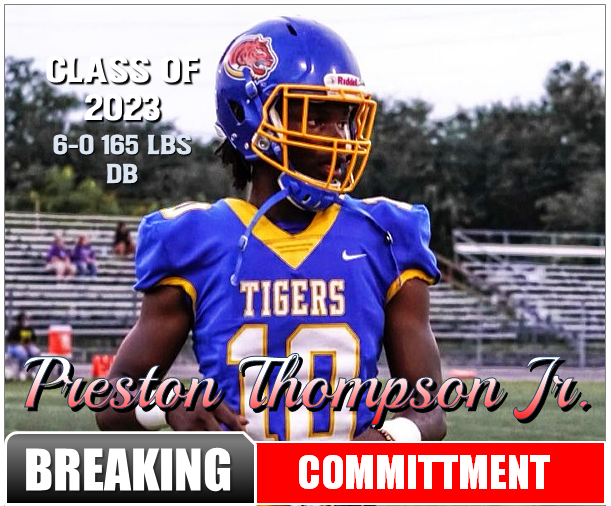 The Owls have had their struggles in C-USA getting the full attention of "next level" prospects but that is changing.

Clewiston High School defensive back Preston Thompson Jr, a 6-0", 165 lbs prospect announced his pledge to the Owls on Tuesday afternoon via social media.

FAU's upcoming transition to the AAC, which is becoming a pattern from an interest standpoint, and one that is shared by other's with FAU staff interest as well, played a part in securing the pledge from him.

The programs he selected Florida Atlantic over just go to illustrate this pattern, as his two standing offers are from the likes of both Penn State and Kentucky.

He also has a desire to remain close to home for his NCAA playing and academic career.

"He is going to blow up, so we wanted to get in early", a source familiar with his recruitment said of Thompson.

The Owls now have two pledges for the 2023 class, marking the first time they have done so nearly two years out from a period's first signing date as a program. In October Deerfield WR Arthur Jenkins also announced his decision.

FAU will look to begin to bring current class prospects in for official visits soon, with December 9th - 12th being targeted dates at present.
E-Mail: rickthendersonjr@gmail.com


Reposted it, and added a Bible verse: 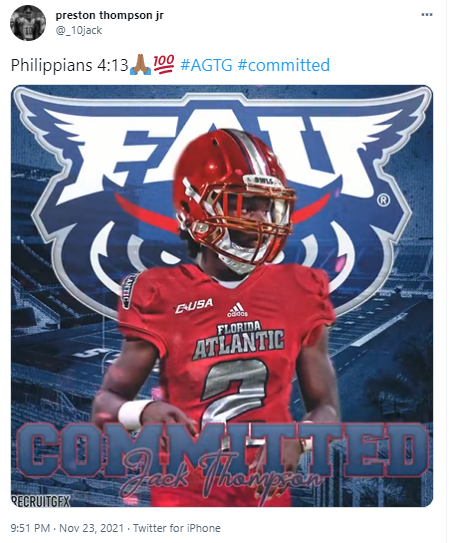