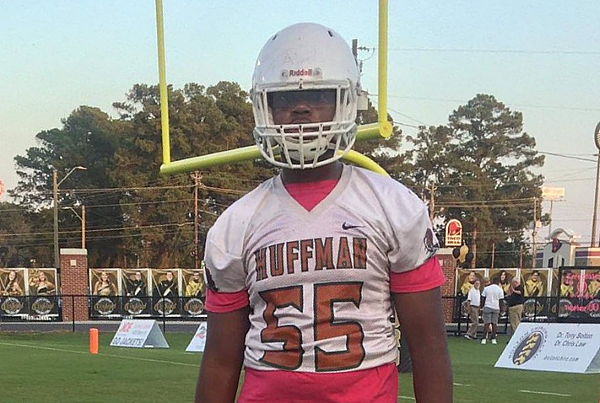 The Owls have added a late signee to the 2021 class in defensive end Justin Goodwin.

''FAU has produced a lot of NFL athletes like Devin Singletary and John Franklin. It seems like the perfect environment to grow, develop, and I feel one day I can soon go to the next level by attending FAU,'' Goodwin told FAUOwlsnest.com.

"He [Goodwin] was definitely a victim of Covid, not getting to camps over the summer where college coaches can see him. Goodwin is a player who would have gained SEC attention during a normal season,'' Huffman high school head coach William Smith explained.

At 6-3, 280 LBS, Goodwin excelled under Bush's tutelage, producing 47 tackles, ten tackles for loss, and five sacks as a senior.

Goodwin's recruitment draws similar comparisons to 2020 FAU signees defensive Jaden Wheeler and receivers Kobe Stewart, who were both late editions to the class and ended up gray shirting before both enrolling this past January and counting towards the 2021 class.

Goodwin told FAUOwlnest,com that he has spoken with FAU coaches about enrolling in January 2022, but nothing has been officially decided.

"He is a great kid from a good family with a 3.5 GPA and will easily be able to grow into and play at 300 LBS at the next level", coach Smith added.

The Owls 2021 class currently stands at third in Conference USA with 18 high school signees, four transfers, and three gray shirts from the 2020 class.

The Owls will continue to add players to the 2021 class, with a quarterback selection to be the centerpiece. The final number will be determined by how Coach Taggart and his staff maneuver player enrollments.

The covid will benefit some schools by having some quality kids get over looked and available. I hope we got lucky. Shane , you keep teasing the QB  thing. This time way in the last paragraph.