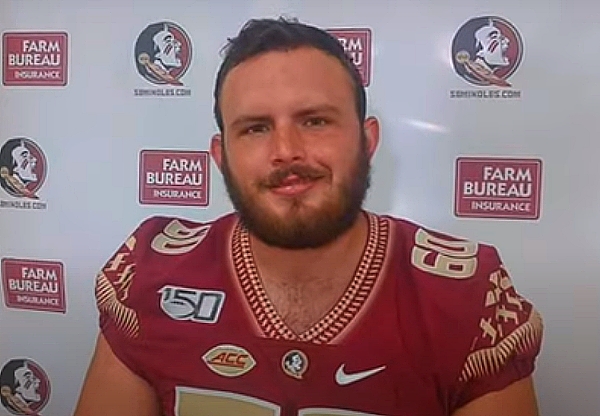 Former three-star offensive lineman and graduate transfer Andrew Boselli has transferred to the FAU and has been added to the spring roster, and is counted as part of FAU's 2021 class.

Boselli, who was recruited in 2016 by Jimbo Fisher, played in ten games and started two in 2019 at center, but lost his starting position heading into 2020 after a battle with Covid-19 and saw action in three games.

Standing in at 6-5" and 321 lbs, Boselli will be competition with redshirt senior Nick Webber and redshirt freshman Andre Lamas for the starting role with the Owls.

Boselli was rated as one of the Top 100 players in Florida by 247Sports (No. 68) and ESPN (No. 84) and received Class 3A first-team All-State honors prior to signing with FSU.

Recruited in 16. I'm assuming he has one year left. The center position is so important. Competition is a great thing.