FAU Football Recruiting News and Notes From Pylon's 7vs7 Orlando 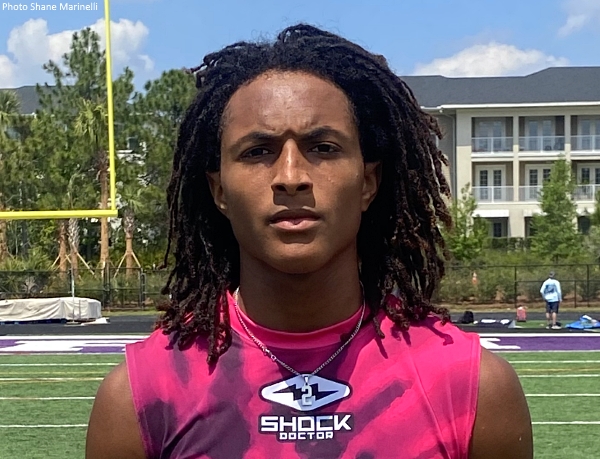 One of the final major 7vs7 tournaments was held this weekend in Orlando before athletes start to turn their attention to the high school spring football practice.

The Pylon tournament featured teams from South Florida to Dallas, TX and there were plenty of FAU targets participating.

Here is the latest scoop on their recruitment and performances.

Local wideout Jaylin Terzado (pictured) showed out during the tournament, using his great speed and soft hands to score multiple times and made defenders look silly in the open field.

The three-star Champagnat prospect averaged just over 24 yards a reception during the 2020 season and is one of South Florida's biggest sleepers.

Terazdo told FAUOwlsNest.com he took an unofficial visit to FAU on his own this past week and loved the campus. "It's the only place you can see the ocean from the stadium", he said.

One of Central Florida's top 7vs7 teams, Certified Dawgs was also on hand with a handful of Owl targets.

Calvez, who visited FAU during the spring game, told FAUOwlsNest.com he hopes to take an official visit the first week of June when the NCAA opens up in-person recruitment for the first time since the start of the pandemic.

A trio of Calvez's teammates who all hold FAU offers were all impressive as well.

Jones High School wideouts A'Ceon Cobb, Anthony Rucker, and running back Da'Qaun Harris all made plays throughout the afternoon.

On the defensive side ball, Osceola High School Jeremiah Wilson, who holds an FAU offer, showed physicality and a good change of direction playing in the slot cornerback for Certified Dawgs.

Wilson also holds a ton of Group of Five offers, which include Coastal Carolina, Appalachian State, and FIU.

There will be more opportunities to see and evaluate potential FAU prospects as the summer unfolds, and we'll keep you informed as always.

Thanks Shane. Since my baseball  team is struggling, it's nice to realize that football is right around the corner.

It should get really intresting in a few with teams being able to start official visits June first.

How FAU uses them could be the difference in landing some top prospects.

Teams are anxious to get players on campus for the first time in over a year, but later official visits are usually better for FAU.