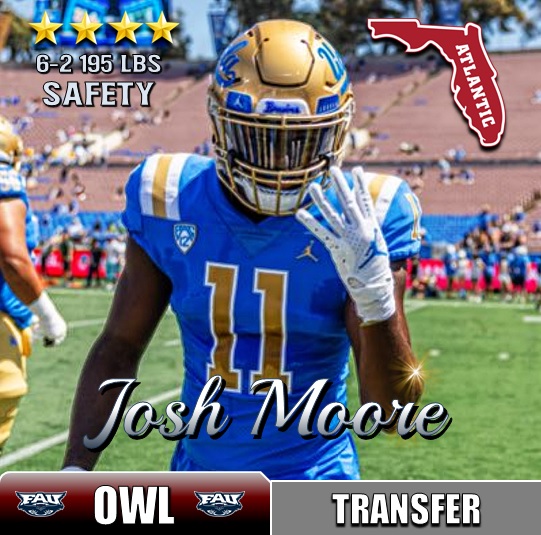 Just when you thought they were done, the FAU staff has landed another gem for the 2022 class as UCLA transfer Josh Moore, a former four star recruit, has announced he will transfer to Florida Atlantic.

Moore is coming off his official visit in Boca Raton, which began last Thursday. He also considered Ivy League program Yale, where he took an official visit back in May, as well as Maryland.

Prior to enrolling at UCLA, Moore had a standout high school campaign at Marist High in Atlanta, GA where he helped lead his team to the 2020 state championship.

His senior season highlights can be found below:

Moore received over 45 offers as a prospect, with the majority being Power 5 programs.

Wow, incredible pick up! One of the best players in GA now an Owl!