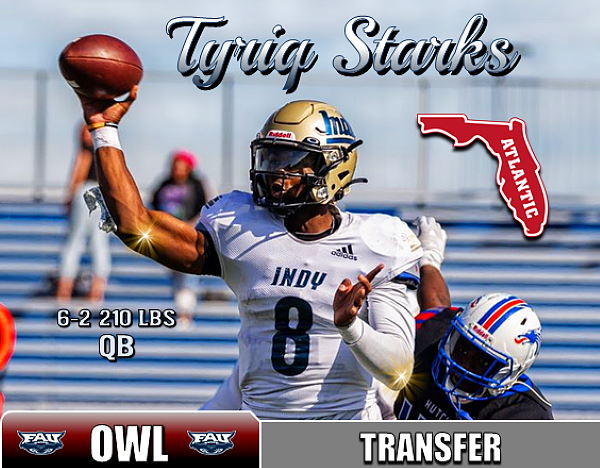 "After my visit, it just felt like home - they have top notch facilities", said Starks on his decision. "The weather, and the beach being close by alongside having nearby family, sealed the deal."

Starks appeared in 14 games for the Pirates during his two years stint in Independence, KS throwing for 1,557 yards, with 15 TD's and four interceptions. On the ground, the duel threat ran for 265 yards with a score.

Prior to that he had a successful run at George Jenkins High School in Lakeland where he was honorable mention All State for Class 7A.

Starks is planning to arrive at the Boca Raton campus during the upcoming week of May 23rd.
E-Mail: rickthendersonjr@gmail.com