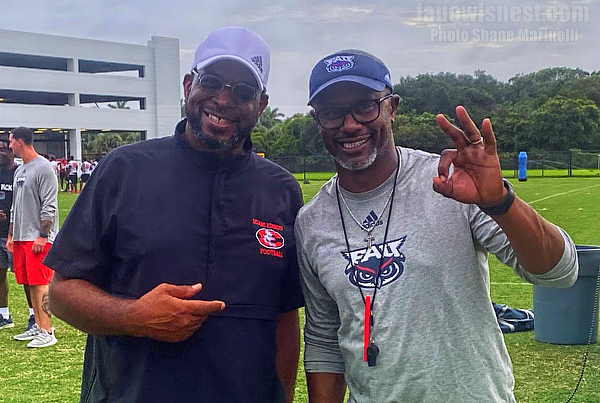 FAU Football hosted another 300 prospects over three sessions with campers at all positions.

It was the final camp day for FAU after hosting over 1,000 prospects during this short open in-person recruiting period during June.

The final day might have been the most talented bunch, but many were already holding FAU offers. That considered, a few younger players did stand out to claim theirs as well.

Here are some notable campers that picked up offers: 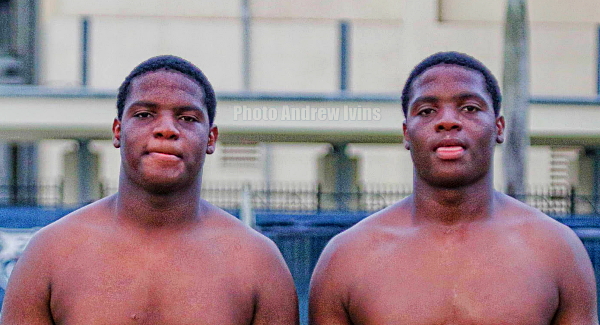 Dinellson Exume - DL, 6-2 232 lbs, Miami Edison - The twin who plays on the defensive side of the ball (above photo left) was equally as impressive showing good athletic ability and an ideal frame for growth.  Twins have been very common lately for the Owls football team; in the 2021 class, they took offensive linemen Anthony and Michael Earle and offensive linemen Jordan and Jaden Sandlin.

Braylon Knauth- WR/CB 5-8 160 lbs - Braylon showed reliable hands and the ability to beat bigger and older defensive backs during one-on-one drills. This is Bralyon's first college and offer, but he will get tons of looks playing for a Lake Minneola football team looking to return to the states.

FAU's coaching staff will use the reaming active days of recruiting to focus on bringing in players for unofficial visits and privates workouts before it returns to a recruiting dead period on July 1st.

Additionally, there may be more offers forthcoming from this last session's attendees as logistics play out.

Stay locked into FAUOwlsnest.com as we quickly move towards the 2021 FAU Owls football season.