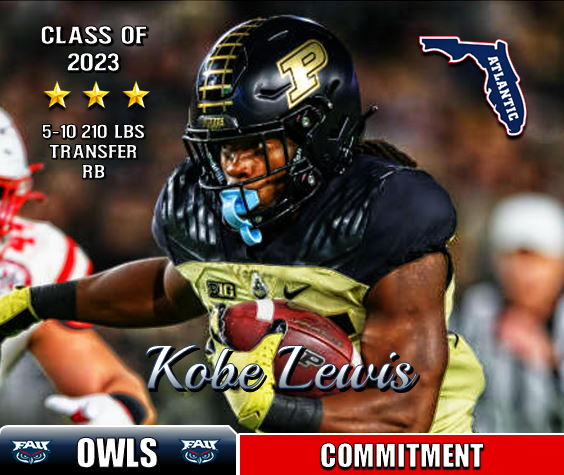 The Owls have added another transfer to their emerging 2023 class with the addition of former Purdue and Central Michigan running  back Kobe Lewis.

Lewis started his collegiate career in Central Michigan after a successful highs school campaign at Americus-Sumter where he rushed for 1,734 yards and 27 scores in his senior season.

Lewis saw action in all 13 games for the Boilermakers in 2022, registering a total of 202 yard of offense with 43 rushes and seven pass receptions.

Lewis is the 5th transfer thus far for Florida Atlantic in the 2023 cycle.
E-Mail: rickthendersonjr@gmail.com