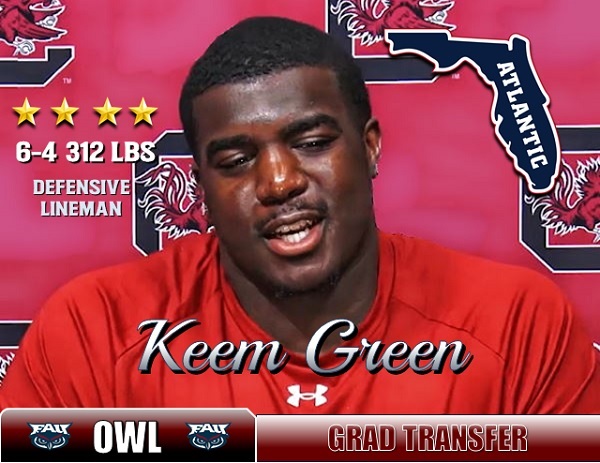 Evan Anderson will have some help in the interior portion of the Owls' defensive line with the much welcomed addition of former Highland JUCO, Nebraska, and South Carolina journeyman Keem Green.

Green Graduated from Sumter High School in 2017 after recording 88 tackles in his final two seasons with 12.5 TFLs and 2.5 sacks.

Initially heading to Highland Community College in Kansas, he posted 116 tackles over two seasons with seven tackles for loss and 2.5 sacks in his final year.

After transferring, Green appeared in eight games for Nebraska during the 2091, and 2020 seasons where he registered three tackles against powerhouse Ohio State while also seeing time on other Top 25 contests.

Desiring a return to his home state, he transferred again to South Carolina the following year and did not see any time while being named to the SEC Fall Academic Honor Roll.

As source familiar with Green's departure from the Midlands indicated that the Gamecock program did not want to see him go.