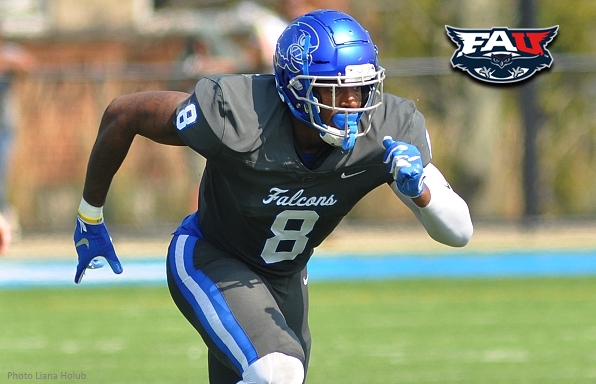 The Owls have filled a significant positional need through the transfer portal in Notre Dame College tight end Zaire Mitchell.

After his junior season, Mitchell's frame and production had many draft analysts predicting he would be a big-time sleeper in the upcoming 2021 NFL Draft:

Not many are talking about Zaire Mitchell, but they better start watching the film quickly. Mitchell reminds me a lot of Donald Parham, but get this he can block. Parham and Mitchell had similar sizes, but Mitchell is not afraid to block downfield. I think NFL teams are going to discover other Falcons when they go in to watch Mitchell. Notre Dame College has some studs in the 2021 NFL Draft.  Damond Talbot, Owner, NFL Draft Diamonds

Unfortunately, due to the pandemic, Notre Dame College could not start the football season in the fall and only played a short spring schedule of five games, which concluded on April 18th.

This did not allow Mitchell an entire senior season and a proper time to train to continue to raise his stock for this upcoming NFL draft.

"I want to get more film for the scouts; show more run blocking,'' Mitchell told FAUOwlsnest.

Mitchell, who only recently landed in the portal, was quickly contacted by multiple schools, including Maryland, Temple, LIU, Southern Missouri, and others.

"FAU recently had a Mackey awarding winner in Harrison Bryant, and I just want to be part of that,'' Mitchell stated.

Mitchell will have to help elevate an Owls tight ends group that only had four catches, 61 yards, and one touchdown in 2020

The Owls also added 2021 high school recruits Jacob Pasley and William Ford, but it is a tough ask for immediate production from young newcomers at the tight end position.

Continue to stay locked into FAUOwlsnest.com for all your Owls recruiting and football updates.

This is an excellent pick up.
65 and 250 pound TE who appears to be a late college bloomer will provide a number of offensive options.
Welcome Zaire to the Owls.

For those who have not watched any highlights, here they are.

At the very least he will be a red zone threat.

My concern is and has been, will we have someone that can get them the ball. I love that this kid will get the opportunity to show if he can hang with some stiffer  competition. Totally up to him.