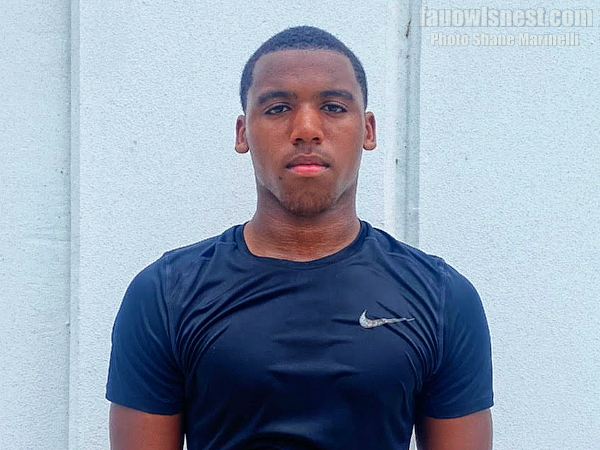 The FAU coaching staff did not dish out a ton of spot offers on the last day of their 2021 camp series, but that does not mean there was not a lot of talent on hand.

The final camp day had arguably some of the highest upside players of all the camps so far, and many who have long held FAU offers.

That said, here are those who stood out amongst the rest:

Reese Mooney - QB, 6-1 191 lbs, Denham Springs high school - It is flat out impressive FAU was able to get the 19th ranked 2023 quarterback in the country on campus. Mooney lived up to the hype showing off great footwork and beautiful spiral after beautiful spiral. The three-star prospects have dozens of offers, but FAU was one of the earliest schools to offer, which could keep them in the race.

Dylan Wittke - QB, 6-2 185 lbs, Buford high school - Friday was an excellent day for quarterbacks at the camp, and arguably the best was Buford 2023 signal-caller Dylan Wittke. Watching Wittke, you can tell how well he has been coached at the position with a quick release and good accuracy. Wittke splits snaps at Buford high school with 2022 quarterback Ashton Daniels, a highly recruited 2022 gunslinger, who the Owls have also offered.

Devin Johnson Jr. - DB, 6-0 190 lbs, Lake Nona high school - Johnson (pictured above) returned for his second camp session at FAU, but this time the Owls' coaching wanted to see him at defensive back after working with the wideouts last week. Johnson was extremely impressive on the defensive side of the ball, breaking up multiple passes in one-on-one drills. Expect Johnson's recruitment to gain steam with the defensive play he showcased Friday.

Donovan Giles - WR, 6-4 180 lbs, Viera high school - This name might be familiar to Owl fans, as he was a top performer from the first day of prospects camps. Giles returned to FAU as the coaching staff wanted another look at the lengthy wideout. The three-star prospect again was imposing his will on corner backs, and an offer could mean a quick commit to FAU, according to those close to his recruitment.

FAU's coaching staff will use the reaming active days of recruiting to focus on bringing in players for unofficial visits and privates workouts before it returns to a recruiting dead period on July 1st.

It would not be a surprise to see a couple of commitments emerge from all this activity in the coming weeks.