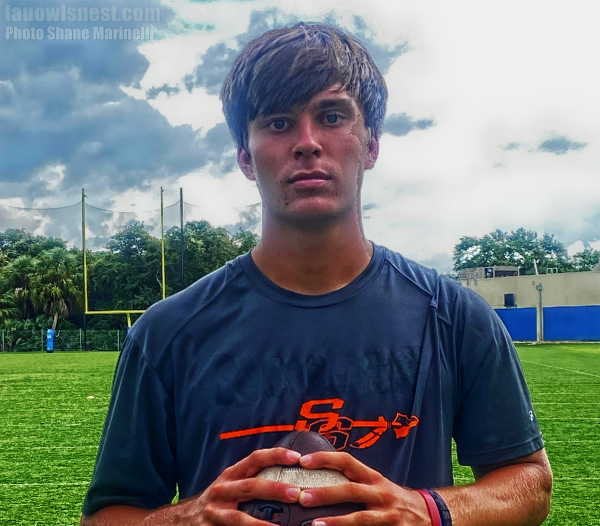 FAU was loaded with talent during their second full day of camps, hosting another 300 players from all across the country.

Some prospects who have been on the recruiting radar for a while did not disappoint with their performances, there were also few who surprised onlookers with impressive skills.

Here are those who stood out amongst the rest of day two:

Luke Rucker QB, 6-3'' 190 lbs, Sanford Seminole high school - In a state where it's tough to find consistent quarterback play, Luke Rucker appears to be one of the top up and comers in the 2023 class. Luke's big frame and smooth release was apparent in one-on-one drills with receivers. Luke only holds an FAU offer now but will gain a lot more big-time college interest playing with a strong Sanford Seminole team. Expect Luke to be a top candidate to be FAU's recruiting class of 2023 quarterback.

Dwight Bootle II DB 5-10'' 165 lbs, Killian high school - Bootle is one of my favorite local players in the 2023 class, and he did not disappoint on Saturday. Bootle is similar to many great current and past FAU defensive backs; he is a tad undersized but just makes plays all over the field. The three-star holds over a dozen offers, but FAU will always be in the running due to his long-time relationship with corners coach Stanford Samuels Jr.

Ja'Kavion Nonar OL 6-7'' 285 lbs, Glades Central high school - Nonar has only played football for a year but has become one of the fastest raising 2022 recruits in South Florida due to his massive frame and great testing numbers. He is a little raw but has enormous upside. Nonar has picked up offers to Maryland, Pittsburg, and FIU all in the past couple of weeks.

Keon Kindred OL 6-5'' 290 lbs, Glades Central high school - Keon does not have all the measurables as his line mate Nonar does but is a bit more polished as a blocker with good feet and quick hands. Kindred, also has picked up multiple offers recently and added an FAU offer after the camp.

FAU Football will host their next three-session camp on Friday, June 18th, with a three more sessions. These will be the last high school prospects camps of the summer for FAU. 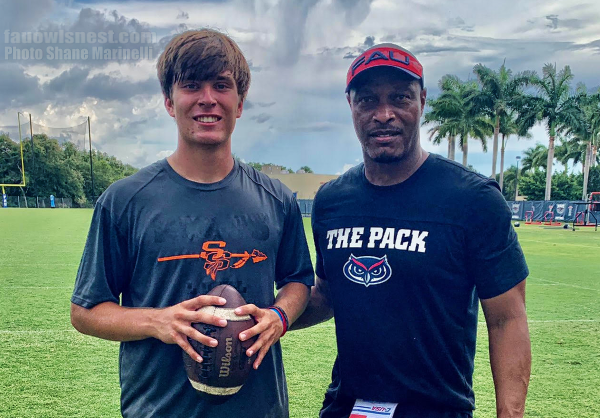 Great to see the high school guys showing out at the camp!