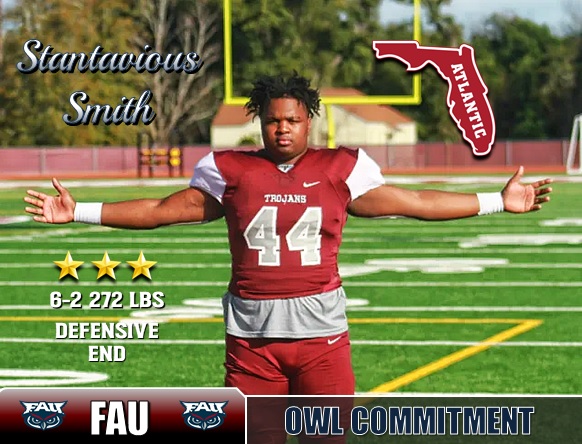 Florida Atlantic football continues to land members of the 2023 class, while maintaining a spot in the cat bird seat ahead of previous year's classes at such an early point in the cycle.

On Sunday night they secured another power five level commitment from defensive end Stantavious Smith, who hails from the Peach State.

"FAU Football is a family, and Boca Raton is a nice place", said Smith. "They are heading into a new conference and I have a chance to make an impact early."

Exploding on the the scene early in his high school career Smith drew attention for a plethora of programs. In January he caught the eye of Georgia front man Kirby Smart, and most recently officially visited Pittsburgh in June.

"He can move really well. I was impressed with him and surprised at how well he can hit a gap", said Brian Smith of the FGA Report. "His quickness and strength will allow him to play at the power five level."

The Owls appear to have a landed another potential playmaker in a coveted spot on their defensive line, as shown in the highlights from his junior year shown below:

Smith also wrestles for Dougherty High School, and becomes the 11th member of the class to date, joining those listed below:

Guest user
Huge get for FAU!!!

Very nice, but even now we would only be 6th among the AAC teams in conference next year on Rivals while now being 1st in CUSA next year.

Keep it up Coaches but ya need to pick-it-up still as well! Moving on up has is challenges for sure. Costs too, when are we gonna hear of facility upgrades, we are SO FAR behind in AAC, especially in Basketball! 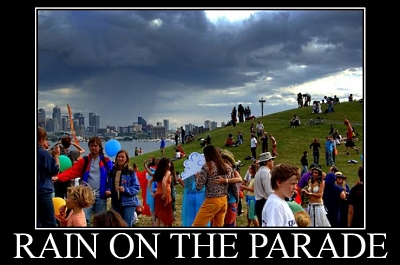 Guest user
Smith has to be one of the biggest commits in program
history, right? Not just P5 offers but some of the big P5 programs (Georgia, Ohio State, Notre Dame, LSU) according to his 247 sports profile. This is a guy that would be considered a long shot to get in the past.