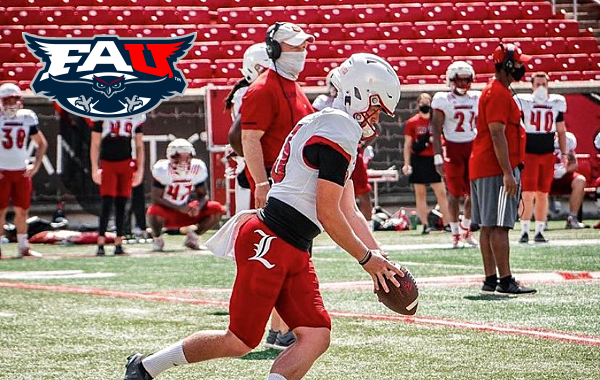 "We gotta' find kicker,'' Owls' head coach Willie Taggart stated after the March 27th spring game, in which FAU's kickers had their ups and downs missing a field and an extra point.

Logan's spent his second season at Lousiville, primarily focusing on punting, but will come to FAU to compete for the starting placekicking role.

The Saint Thomas Aquinas product named first-team all-county in 2019 after hitting 41-42 extra points and going three of four on-field goals with a long of 48 yards.

"I love the opportunity to play close to home where my family can watch me", Lupo told FAUOwlsnest.

"The staff really honest with me from the beginning and on what the expectations will be, and I just love the program,'' he exclaimed.

He will now have to compete with redshirt sophomore Aron Shahriari and freshman Morgan Suarez for the placekicking duties.

As always, stay locked into FAUOwlsnest.com for all your FAU Football and recruiting news.