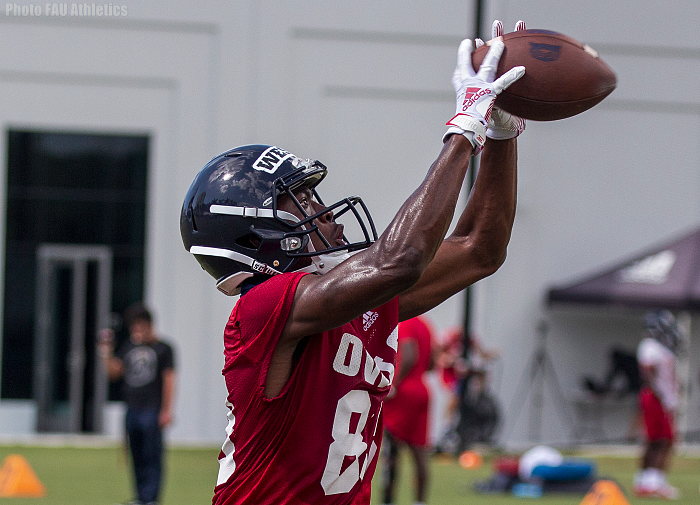 In what has become the Thursday usual, first year FAU Head Coach Willie Taggart met with the media early this afternoon.

"Its been an interesting week in college football" said Taggart, amidst the unclear picture of what the 2020 college football season will look like. However, being back on the football field has provided some therapy for Taggart. "It's been great going out there and watching our guys compete, now that we have been able to practice, we see what we have", he said.

As the dust begins to settle in camp, here is what we learned today about the new look 2020 FAU Owls.

Also, theres not just one Palmetto High School. Theres one in Miami too. I had to look up just to see which one LaJohntay Wester went to.

McKithen moving to CB is interesting.

FAU does need depth at CB badly and has added a lot of talent at WR and more coming next year.

Could be the fastest route to the field for Justin.

LaJohntay Wester if you guys remember was a bit of signing day surprise.

He was an explosive returner in high school with 7 kick and punts taken back his senior year.

Great job Ryan. And thanks to all the ON crew for their hard work. Reading this is important in keeping FAU  football on the minds of the fans. I wish it could be spread to a larger platform.

So I guess its Center Weber Guards Maranges and Noel.

And at right tackle would be Marquis Robinson who I think started last year. So I guess its just one Tackle spot up for grabs