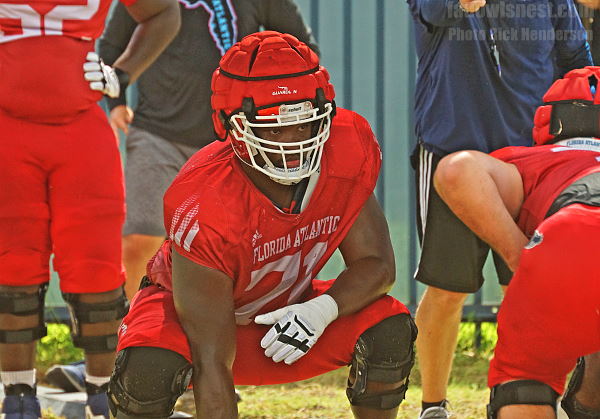 In what is a first for the FAU beat, had the pleasure of partnering with both Kevin Fielder (Owls 247) and Zachary Weinberger (Palm Beach Post) as we worked together to produce a collaborative piece for publication employing each others skills and observations.

We also spent a fair amount of time together in person at what was "viewable" during the open portion of camp, and spoke with coaches numerous times, as well as a fair portion of the roster.

This year has been somewhat of an anomaly for various reasons, but the one thing that has been consistent is the difference available in depth at the majority of positions across the board.

This makes it hard to "forecast", as does the constant moving target of the staff injecting players into various levels given daily performance.

This also allows them to be more picky in that regard, and employ the movement as a motivating factor.

This realized, it is also worth mentioning that the depth chart itself will likely be somewhat of a moving target as the season plays out given new evaluation points observed in growth, and as individual game strategies mandate.

I know the above presents a lot of disclaimers, but just want to paint an accurate picture of the scenario. It has changed a lot during camp.

On a side note, recently had an employment change after over 17 years of service. As such, it's been a treat to cover the team's camp almost daily in person. Most folks likely don't fully understand what the players and staff go through everyday. And while we only get a glimpse, it does put things in perspective as to exactly how much effort and commitment it truly requires.

On behalf of Kevin and Zach, here's our collaborative projected two-deep at this point in time: 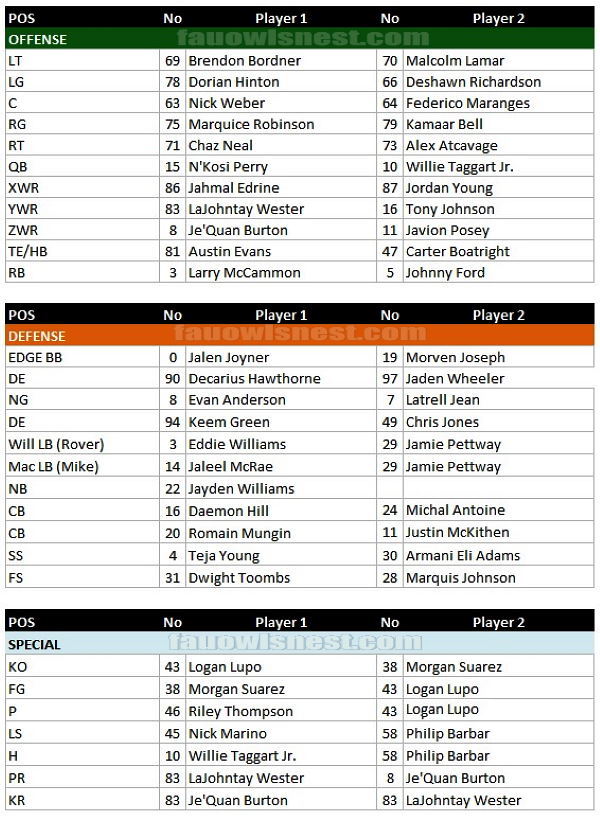 
Yes, I am in shock as well. With Johnsons dad leaving the staff, I was concerned about Johnson Jr transferring. Now not seeing him on the two deep is really concerning.

Johnson Jr is 6-2, 215 lbs. Taggart Jr is 6-1, 177 lbs according to the roster. Along with Johnson being an elite QB out of high school, I really do not understand this decision unless purely politics.

One of a few extreme borderline decisions we had to make. Would not read into to it, we had to put a name down.

Key factor: Johnson was not a full go until midway through camp.

Also, one of the reasons for this line in the post body:

This realized, it is also worth mentioning that the depth chart itself will likely be somewhat of a moving target as the season plays out given new evaluation points observed in growth, and as individual game strategies mandate.
Posted On: Aug 21st 2022, 9:46 PM #407738

Well, we are two for two so far:

It is completely understandable that depth chart will be a moving target but to see WT JR. over MJ JR is shocking. MJ was an elite QB.
We will need to wait and see how this unfolds and give all the support they need.

Did a quick comparison of Kevin, Zach, and my projected 2-Deep put out ahead of the official now released and below are results head to head:

Not too shabby!
E-Mail: rickthendersonjr@gmail.com