Had to see it coming. This is Perrys team this year. No excuses not to have a C-USA MVP caliber season


The Owls will hold their first "scrimmage" tomorrow evening in a closed session.

"We'll have a couple of periods tomorrow where we're tackling. Whenever we're in full pads, we're going to tackle", said Coach Willie Taggart. 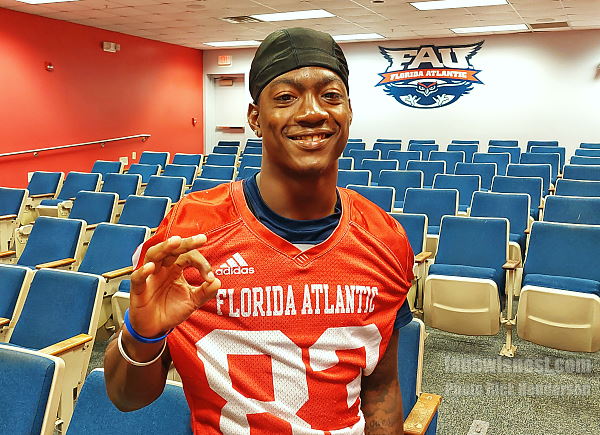 "This is my first true camp, and it's going great. I'm making big plays and helping the younger guys. Jayshon Platt, Omari Hayes, A'ceon Cobb, Wyatt Sullivan, they work hard. You've got to be on point or the next man is going to come and take your spot." - FAU WR Lajohntay Wester
E-Mail: rickthendersonjr@gmail.com 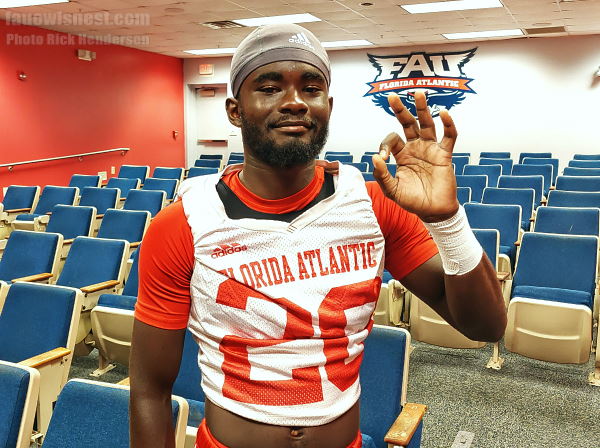 He's shred the dreads and He's on a MISSION 🎫

"For camp my focus is that I've got to be my best, and be a leader in my group. Whatever it takes, just go out there and do it. We've got to come together & finish as a team." - FAU CB  Romain Mungin

Coach Taggart was very complimentary of Mungin yesterday, ad say he is really stepping up as a leader on the field this season.
E-Mail: rickthendersonjr@gmail.com


Agreed. Given the weapons on this team, I'm expecting big things from Perry

Name to keep an eye on for the season: 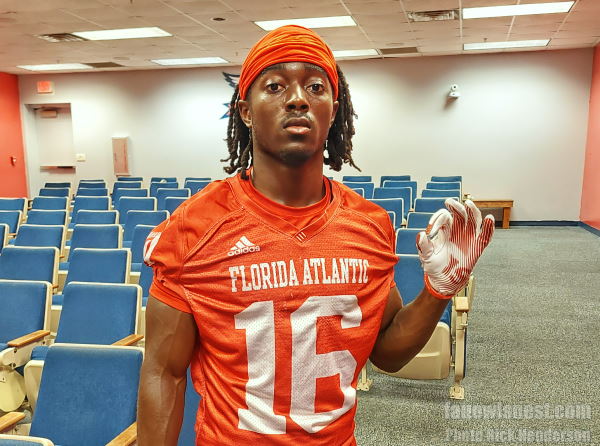 "Coach Dearmon and I did a lot of meetings going over coverages and that helped me slow the game down. I want to be a starter, show everybody what I can do, & put up the numbers. I think we will be way more explosive. - FAU WR Tony Johnson

The Owls have hit the midway point of 2022 fall camp. Expected to be a leader this year is incoming LB Morven Joseph: 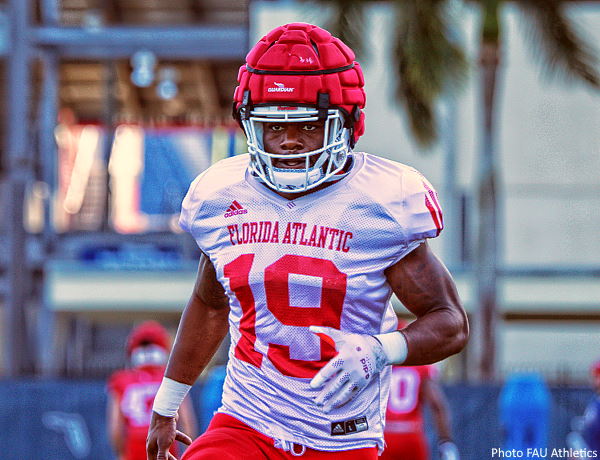 "It's looking good, we're practicing good, hard, and fast as a unit. We're way better than the Spring. We've been doing a lot of team bonding. Iron sharpens iron, but we're brotherhood and one team. We're getting ready for Charlotte." - Morven Joseph


Here are the notable highlight plays from today's session via SID Katrina McCormack:


FAU will be back on the field for day 12 tomorrow morning at The Schmidt.

FAU OC Bent Dearmon says that they hope to have QB Two nailed down within the next few days but the battle is still going on between Michael Johnson Jr and Willie Taggart Jr. His video will be coming later, but there's a breakfast nugget for now.
E-Mail: rickthendersonjr@gmail.com

it would be shocking to see Taggart Jr taking the spot from MJ Jr.

GOOD Morning! 🌞 It's Day 12 of Preseason Camp for @FAUFootball and here is #FAU OC @BrentDearmon with the Offensive Update - including the Battle for QB2. #GoOwls 🦉 pic.twitter.com/cHbL3NCtHd