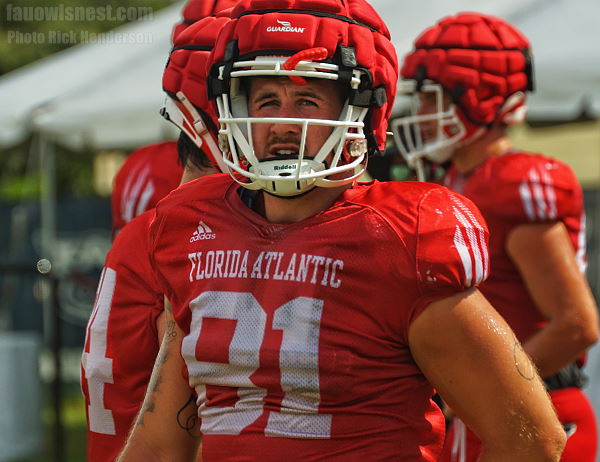 With 12 days now in the books we are winding down to decision day for a number of starting roles.

One of the positions battles taking place in camp is that of tight end. The favorite right now if you were to start the season tomorrow looks to be Austin Evans, who had this to offer:

"We know that the position is up for grabs, and really close. It's very important to correct our details…come everyday and get more physical. The receiving part has always been there…on blocking I'm trying to use use my hands and feet more."

Coach Dearmon also mentioned him today as the best pass catching option we presently have, and quarterback N'Kosi Perry called him out as well.

Here are the notables highlights from today's closed action via SID Katrina McCormack:

Coach Todd Orlando headlined today's media session prior to practice. He remains tight lipped about who the coaches are leaning towards for stating roles aside from a few players.

That said, he had the below to offer about getting the younger guys consistent snaps. This tells me that we are likely deeper than we have been in years past. After doing this for so long, why else would you spend time on players at this point in the cycle unless you feel they are close to crossing the threshold. This is obviously a very good sign from a developmental standpoint.

In the Day 13 defensive update for #FAU Fall Camp, Coach @ToddOrlandoFAU praises @teja2k, @DeCariusH_53 and explains the continued focus of providing as many reps as possible before naming starters. #GoOwls 🦉🔴⚪️🔵 pic.twitter.com/qfhRnu4iGU 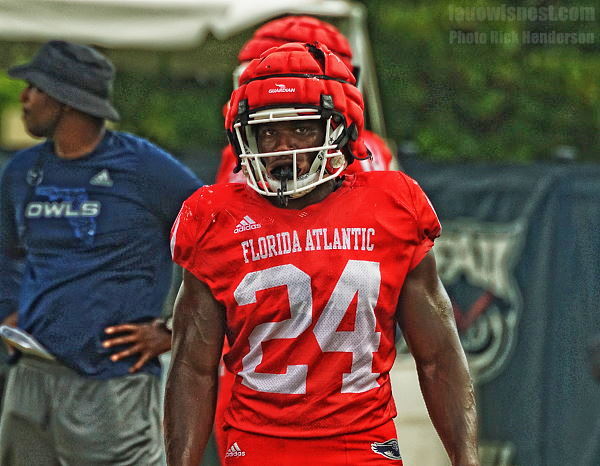 Here are the notables highlights from Day 13 from the closed action via SID Katrina McCormack:

The Owls will have the da off today. Been quite the grind so far.

That said, here is more from RB Marvin Scott, one of two backs leading the pack for the every down spot: 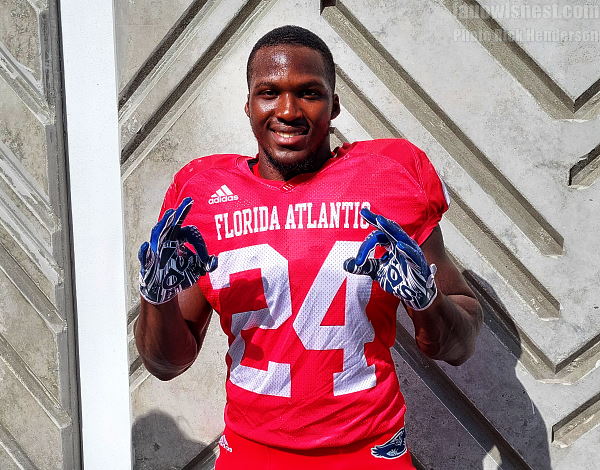 "We've got a roster full of running backs and a whole bunch of stuff that we can offer. The skillset I want to bring to the team is power, speed, and balance. My personal goal is to help the team win games, and fulfill my dreams." - FAU RB Marvin Scott III

Nobody is talking or covering running back zuberi mobley and hes definitely a top 2 back on the team this year I dont understand why hes not being talked about
Posted On: Aug 12th 2022, 11:47 AM #407668


Exactly, what I saw from that kid last spring game was impressive. He is very elusive and quick.
Let's hope to see more of him this season.

The Owls got back on the field after a well deserved day off. Coach Taggart headlined the media session and here's some of what he had to say about tomorrow's scrimmage (2nd) and the continued push for reps to establish depth. He also reinforces the wide receiver unit as being deep: 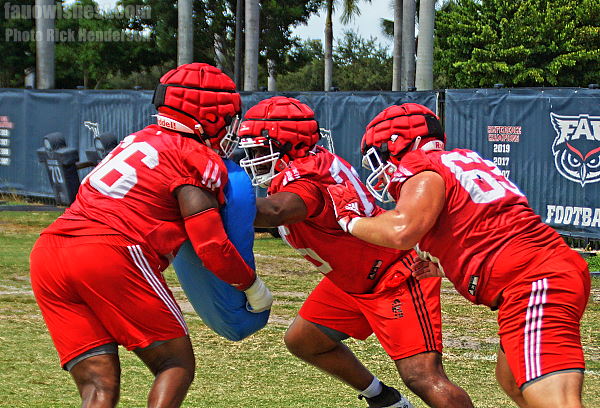 With their second scrimmage due up tomorrow, one thing is likely certain - the coaches know who they want to place in the coveted starting roles and will use the session to finalize evaluation for those on the consideration line.

The Owls have been afforded more opportunity to be "picky" this year given the influx of talent at virtually all positions.

Your bookends at offensive tackle appear to be Brendan Bordner, and Chaz Neal.

Haven't got a lot of information on the guards but will lean towards Federico Maranges for one potentially, and confident in Nick Webber at center.

At "staple" running back the role also appears down to a pair with Larry McCammon and Marvin Scott in the foreground. Brent Dearmon has eluded to keeping things fluid there and Johnny Ford will be a significant part of the offense, although he is not considered an every down back.

The "starting" tight end position will likely go to Austin Evans with formation and situations affording others opportunity given the need.

The wide receiver group is probably the closest competition wise, and very well could be a platoon given the depth. But heading into tomorrow, it appears to favor Jahmal Edrine, LaJohntay Wester, and Je'Quan Burton for now.

Defensive back will likely feature Daemon Hill, and Michal Antoine.

Would be very surprised if Morven Joseph and Jamie Pettway are not two starters at linebacker, and the third spot have not been able to ascertain as of yet.

Defensive line is another spot I have yet to get anything solid on but will pay more attention to that next week.

Officially, things will remain quiet until a chart is put on the table the week of the 22nd. And of course, all of this is just my opinion.

Notable highlights from the closed session of the day, which was number 14, via SID Katrina McCormack:

With their second scrimmage due up tomorrow, one thing is likely certain - the coaches know who they want to place in the coveted starting roles and will use the session to finalize evaluation for those on the consideration line…
Posted On: Aug 12th 2022, 9:21 PM #407675


If Bordner lives up to the hype, I feel good about him at LT. Have to hope Chaz Neal makes a second-year jump. If not, at least Marquice Robinson has starting experience at RT, and Atcavage seemed comfortable there last year.

Maranges at an interior guard spot would be good. I like him. Wonder what wouldve happened had he not been injured in spring of 21.

I love walk-ons getting chances but think itll be concerning if the high-profile transfer (Boatwright) and the notable high school signee (Pasley) arent getting opportunities in passing game. I dont want to have a third straight year where the TE position really has no consistency.

Good stuff Rick. Appreciate you getting this out there.
Twitter: @JakeElman97