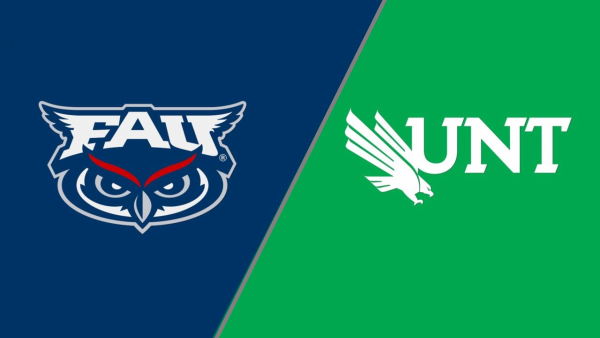 This game will be a shift away from the last two in a couple of different ways from a strategy point of view, but also presents a new challenge. While UCF ran, it mostly came from the quarterback position. Purdue obviously was pass oriented.

The Owls don't have to worry about either from the signal caller position with the Mean Green. Aune has just 15 carries for a paltry 22 yards, and 16 of those yards came from one rush. In the air he is a 54.4% passer and has 12 touchdowns with six picks.

The ONE thing the Owls will need to be able to do is defend an aggressive running game for four full quarters. I think they will be more than up for this challenge. The blitz will probably be employed to a lesser degree (as it should) and the resulting lineup should favor us overall given resulting match-ups.

I don't see how UNT scores 30 points unless they can move the ball at will, which I don't see happening.

Will injuries still hamper Florida Atlantic this week?
Other than Evan Anderson, are there still some key players out?

Boatright was also out as of Monday, and that was the only one at that time.
E-Mail: rickthendersonjr@gmail.com

This team can't win on the road, but I feel we have a talent advantage. Put 8 in the box if you have to, make the QB beat you. We either win by a lot or lose by a little…I'll say 38-21 Owls

Both teams need the win.
I would like to think FAU has more talent and I hope they show it.
FAU 28 - UNT 17

To say road games have been a roller coaster under this staff would be an understatement. This is the game of the year to this point. I want to believe weve advanced enough as a program to get a big W against a very mediocre team but Im just not sold.. That said, Im going to say 34-21 Owls win but its going to be a lot closer than the score shows

This game to me could define the Taggart era. We lose at UNT the path to bowl eligibility will become extremely tough.

My biggest concern going into the game is will Nkosi make those couple throws that will cost FAU the game. My guess he probably does. I really hope Im wrong.