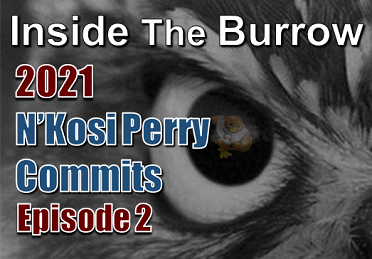 You boys are "school girl" giddy! You have Perry starting at UF and he hasn't taken a snap yet in an organized practice at FAU. He sat a whole lot at the 'U' for a guy that you think is so good!  And he's not being missed there with the two QB's that are behind King and arrived after Perry.

Don't count out Nick Tronti and the rest of the QB room who put up with the 'O" coaching sh-t show last year!
They know the offense and Perry doesn't. Tronti wasn't a Mr. Florida by accident. He'll be there after all the QB hype you generate just like last season! Too bad he can't progress his game forward when Willie has him on the bench (4 total starts) in favor of "his boys"!

I'm confused, you are saying that the other QB's know a "—- show" offense, so therefore they are better equipped to succeed than Perry is?

I like Tronti, but I'm pretty sure Perry has seen more playing time than him, so if he "sat the whole time" at the U, what does that say about Tronti at FAU and Indiana? I'm not sure who Willie's "Boys" are. Posey was brought in by Lane Kiffin who knows a thing or two about QBs.

@willie wagon…..that is exactly why I didn't respond. Every word was negative.  Too funny.