Very sorry to hear this news. Met him once before the WKU stadium opener.

REALLY needs to be put on HOF due to his saving and building not one but TWO programs (UM and Louisville) and giving birth to one (FAU). Screw the record, hard to have a wining record with those circumstances and he was a success at all three schools!

A real loss for college football. I know of coach from his days at Louisville and then his exit to Oklahoma. He recruited a high school teammate of mine just before making the switch. I also recall watching a Louisville - Michigan State bowl game and my family pulling for MSU due to connections, while I cheered on the Lou. I was a graduate student at FAU when the program started. I recall coach carrying his stump to the cafeteria, standing on it, and championing the emergence of FAU football. At the time, FAU was a commuter school and few students were in the cafeteria to pay him any attention. Little did they know, he was one of the all time greats in college football. He built FAU and deserved to stay despite a the naysayers who wanted him out. He was and always will be FAU. 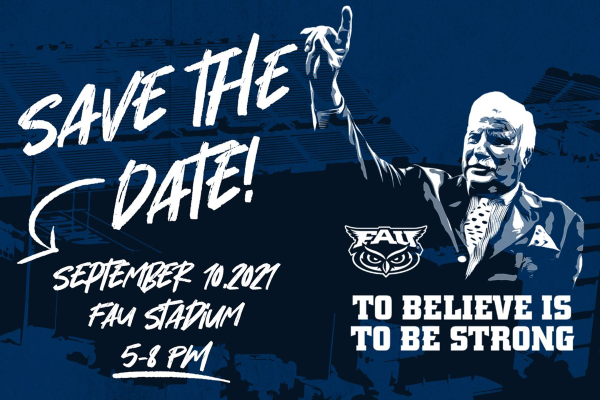 
Fall Bonfire has been moved to Thursday September 9th. Via Program Board.

Great to have the celebration then. I hope a lot of people come. I certainly plan on being there.
Revolution- n. A large amount of change in a short amount of time.   FAU- n. The place where tomorrow begins. 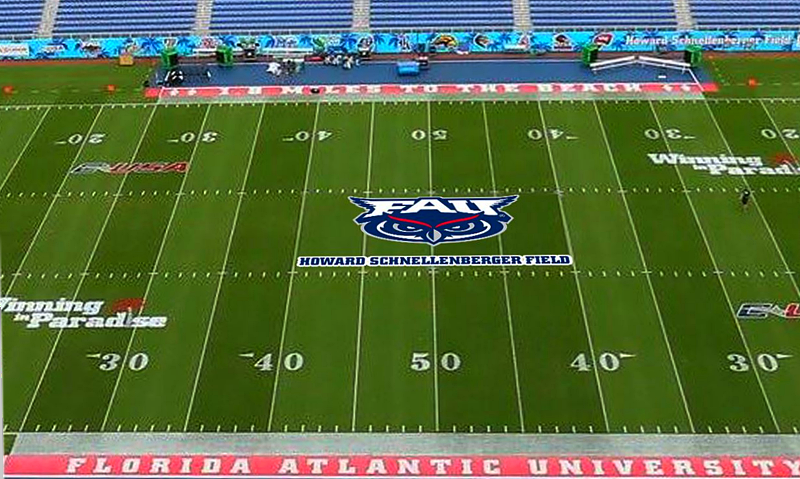 JUST IN: Schnellenberger Field logo has been unveiled.

"FAU Football wouldn't be the program it is now without Coach Schnellenberger. This is one of many ways we are planning to continue honoring his legacy this season and into the future." - AD Brian White