Ok, let me break down how these co-OC's and run and p…

Weather looking iffy over here on West coast for Sat…

When the right leader is in place, you get the resul… 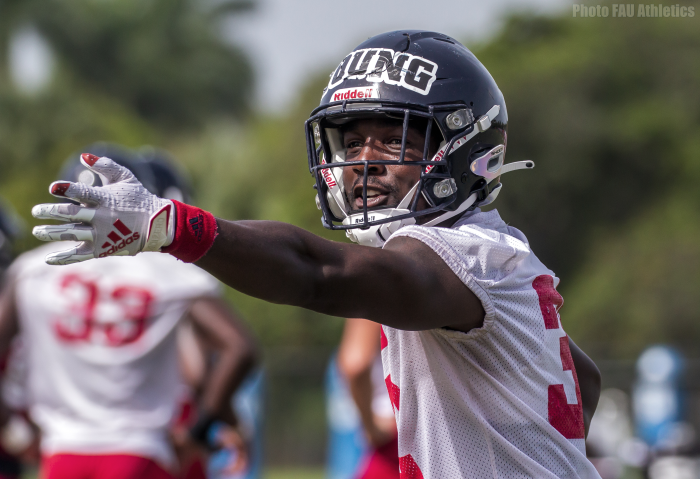 With Hurricane Delta looming over the Gulf of Mexico, FAU remains set to play Southern Miss this Saturday in Hattiesburg, Mississippi. Head coach Willie Taggart told reporters today the plan is still to play. As of right now we are still on, said Taggart. FAU Athletics also mentioned that both schools' administrations have been in contact as well as the CUSA Office.

The Owls enter their second matchup of the season following a thrilling 21-17 home victory over Charlotte last weekend. FAU overcame a slow start offensively which included being shutout during the first half. However, the Owls were able to get back on track in the second half due to a twenty-one point third quarter.

Leading the Golden Eagles is interim head coach Scotty Walden who took over following Jay Hopson`s resignation. Walden has been on staff at Southern Miss since the 2017-2018 season. Prior to being named interim head coach Walden served as the teams co-offensive coordinator and WRs Coach.

Kickoff is set for 4:00 at M.M. Roberts Stadium. The game will be televised on Stadium.

So earlier this week coach T  said there is no way we will play Saturday in Hattiesburg.  Now 59 hours before kickoff, they haven't made a division.

At this point, its safe to assume game on unless COVID testing comes back extremely poorly for one team. And even then, who knows?

This could wind up being a terrible move to go there. Hoping our players stay safe.
Twitter: @JakeElman97

Im not sure if this game happens. I dont know why its not here. Maybe Southern Miss didnt want to play in the heat and humidity.

I also thought you Losing at home to the Tulsa juggernaut was thrilling.

Whats pathetic is that you come here and root against us. Can you at least root for us?