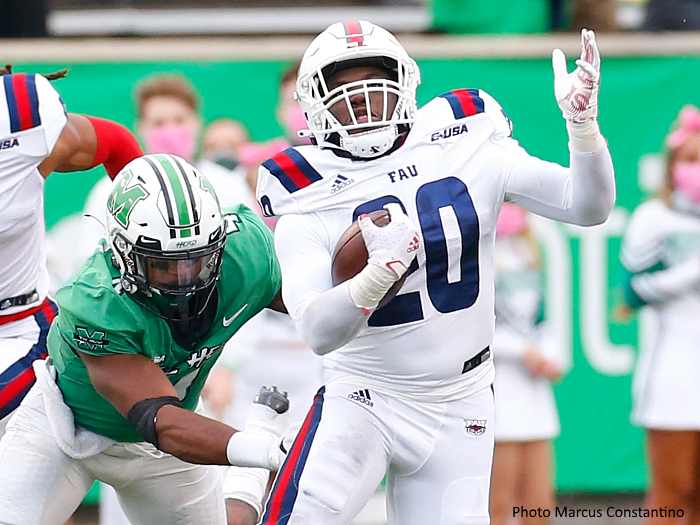 Looking to move their record above 500, FAU will take on the UTSA Roadrunners (4-3) in the teams second home game of the year. FAU (1-1) will look to get back on track after suffering a tough road loss last week to Marshall by a score of 20-9.

You got to be able to take lessons from everything said OG Desmond Noel, as he discussed how the team was able to find some positive takeaways from last week.

Even after a tough road loss, the coaching staff remains proud of how the team has bounced back, That was exciting the way these guys bounced back going into Sunday and Tuesday`s practice. It says a lot of about the leadership of this team said co-offensive coordinator Drew Mehringer.

The Owls remain undefeated against the Roadrunners in two all-time meetings. Last season, FAU defeated UTSA 40-26 in the Alamo Dome.

Leading UTSA is first year head coach Jeff Traylor, who was named head coach after spending two seasons at the University of Arkansas as the associate head coach/running backs coach serving under Chad Morris. Traylor is seen as one of the rising stars of coaching after a jumping onto the scene in 2015 as the special teams/tight ends coach at the University of Texas.

Earlier in the season UTSA starting quarterback Lowell Narcisse suffered a season ending injury in a home loss to Army. Since then, junior QB Frank Harris has taken the reigns of the UTSA offense. Harris is another true dual threat challenge for the Owls defense, and has five rushing touchdowns. However, Harris has struggled to find consistency including throwing two interceptions last week.

Kickoff will be at 12:00 from Howard Schnellenberger Field at FAU Stadium.