Owls really struggled when there was 7 to 4 minutes…

Middle are trying their best to apply an aggressive…

Roman Mungin is special player. If he was only two i…

As we mentioned yesterday, no JI In the starting fiv… 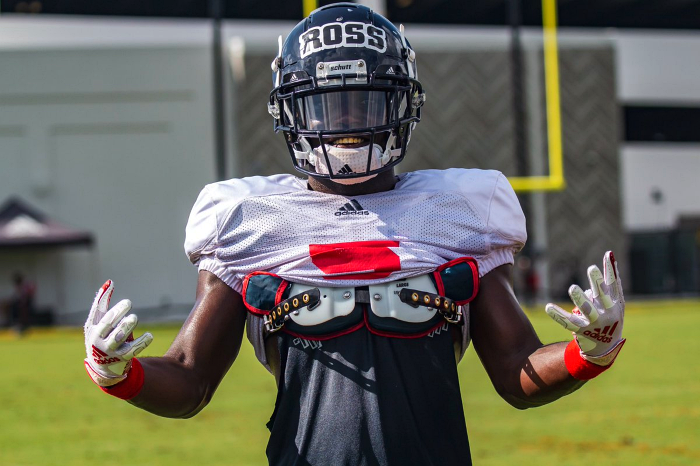 Following an unfortunate series of canceled games to begin the season, FAU is set to take the field this Saturday against a Charlotte team who has won their past two regular season meetings at FAU stadium. The 49ers began their season with a loss to Appalachian State followed by a cancelation of a matchup vs North Carolina.

Taggart told the media today that S/LB Ahman Ross (pictured above) addressed his team after completing a 28 day quarantine as a result of contact tracing. I was just letting the guys know, we got to take every moment in. We cannot take it for granted, because these are things that can easily be taken away from us in the day and age with live in. You can never take anything for granted," said Ross.

Leading the 49ers is second year head coach Will Healy, who took the job following a three year stint as the head coach at Austin Peay. Charlotte starting quarterback Chris Reynolds suffered an injury earlier in the season, however Reynolds is expected to play.

Social distancing and mask wearing will be enforced at FAU stadium this Saturday. FAU Athletics announced earlier in the semester they will allow up to 2500 students to attend games. Stadium capacity will be capped at 20%.

Kickoff is set for 4:00 at FAU Stadium and will be televised on ESPNU.

Ryan - Charlotte lost to App 35-20.  Marshall had the impressive win over them.

Thank you for noticing my error @Owlsdad. I have since adjusted it. Go Owls!