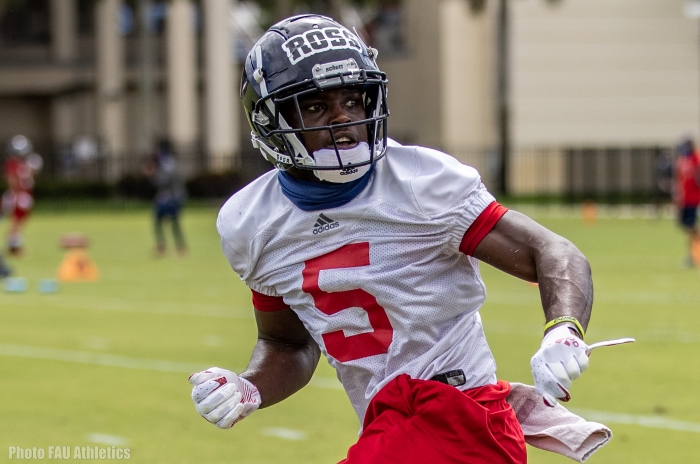 For this the first time during fall camp, defensive players were available to the media today. Last season, FAU had a phenomenal year in the takeaways department finishing 1st in the nation in turnovers. Everyone is trying to get back into the groove of things, said senior S Zyon Gilbert. Joining him for media availability was redshirt junior LB Ahman Ross.

This is busy time for those student athletes who are participating in summer courses as the semester ends August 11th. There are many unknowns around the college football landscape as fellow G5 conference the MAC announced earlier today they will not be holding fall football.

Still, the Owls are now 42 days away from their season opener at Georgia Southern. However, today saw the first Owl to opt out of the season due to Covid-19 concerns.