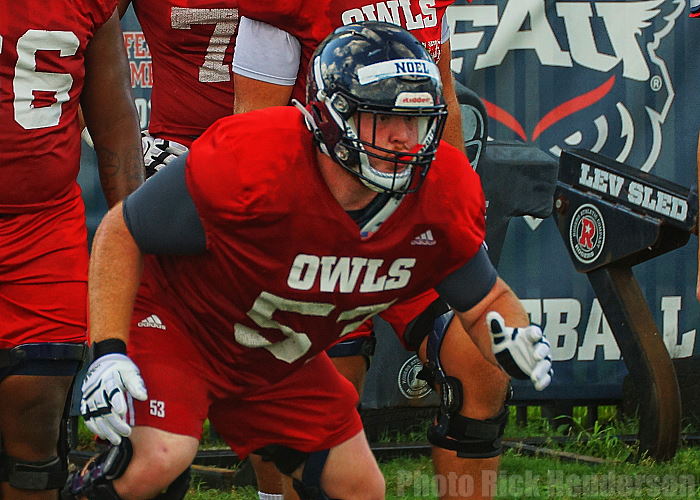 After a brief weather delay to open the first day of camp that was open to the media, the Owls began their fourth day of practice. Florida Atlantic returns 23 of their 24 starters from last season, including 17 players who received degrees.

"It's always great when you have the experience to help the young guys navigate the early years of college," Taggart said. "It is different for all of them, so you have guys who have been through it all. You've got guys who have not only navigated college life, but also football and winning championships."

The team was in helmets and shoulder pads today and will do that once more before moving to full pads on Thursday following their required day off on Wednesday.

The offensive line position remains one of the deepest on FAU's roster, with all five starters returning. 2020 Preseason All-CUSA guard Desmond Noel and 2019 C-USA All-Freshman tackle Marquice Robinson headline the returning starters while FSU transfer Chaz Neal and redshirt sophomore Eli Fields are newcomers who will add even more depth to the position.

As training camp begins to pick up steam, here is the first of our parliament Owl position previews, beginning with three names on the offensive line, and some notes from today's media availability.

FIRE in The Bones will take you places. #FAU OL @AndrewBoselli has that 🔥. Glad he's in🌴🏈🌴 pic.twitter.com/OoKus27dVm