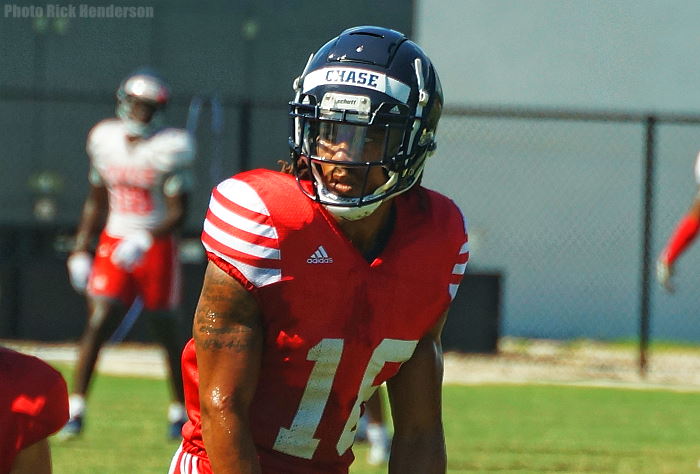 Day five of camp on Wednesday featured cycles of receivers getting acclimated with their quarterbacks, as both positions seem to be deep and competitive. With three weeks left of camp, the starters are nowhere near set, but the wide receiver position remains one of the deepest on the Owls' roster.

"We're not concerned about [the quarterback battle] in the wide receiver room," wide receivers coach Joey Thomas said on Monday. "Our job is to get open and catch the ball when delivered. It doesn't matter who's throwing the ball, do our job. Get open, catch the ball, and get some [Yards after Catch.]"

After Tuesday's practice, the team will get the day off on Wednesday before transitioning into their first practice with full pads on Thursday.

The wide receiver room is packed with talent, with Clemson transfer and last year's receiving yards leader TJ Chase leading the pack, John Mitchell returning after missing all of last season with an injury, and speedy youngster Lajohntay Wester possibly looking at a bigger role in the upcoming season. Add in Brandon Robinson, who led the team in receiving touchdowns, and Aaron Young playing in his second season after transferring from Duke, the wideout position remains one of the most interesting positions on the roster.

With day five of camp in the books, here is the second of our parliament Owl position previews, with three names at the wide receiver position, and some notes from today's media availability.

I'm excited about this group. So much growth has to happen from last year and I do think we will see it. If our leading receiver ends the year with 300 yards, we definitely aren't bowling