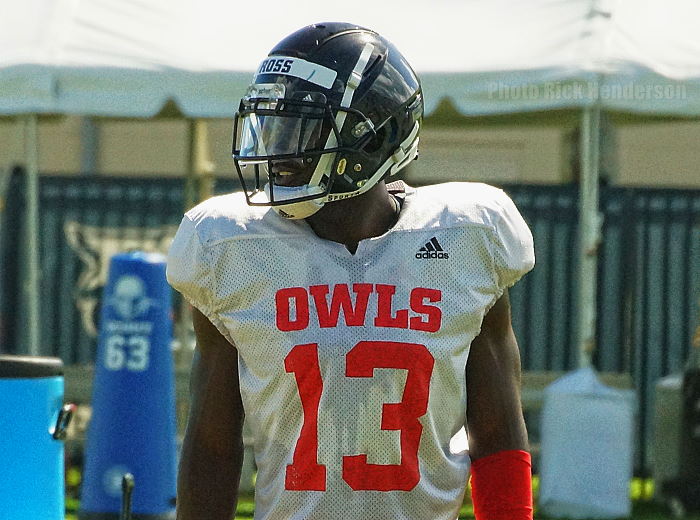 "We have to make the most out of the fully padded days," offensive line coach Ed Warinner said. "You can't evaluate offensive linemen in shorts." The same rings true for most other positions, specifically the outside linebacker position that has to be tested on their ability to break through the offensive line and get to the backfield.

The position group remains strong, returning all starters with the exception of Leighton McCarthy, but gained Chase Lasater, as he makes the transition from inside linebacker to outside linebacker.

Here is the third entry of our parliament Position Previews, featuring the outside linebackers, and our notes from Day six of camp and today's media availability.

I had an opportunity to watch practice today. Some quick observations:

- The QB battle is clearly between Perry and Tronti both are pretty even in terms of running the O. MJJ had flashes very impressive but you can tell hes still a bit raw. Taggert Jr appears to be a distant 4th for the job. Continued struggles with accuracy are prevalent

- While it appears that Posey is primarily taking Reps at WR, he had a few snaps at QB on some designed runs will be interesting to see how they find ways to use him. You all know how much I love his upside but it appears his future is best set as a general athlete we can get on the field and in space.

- The O-Line looked really good and I think Johnny Ford is by far our best RB but, The Defense was looking scary good. A lot of flying to the ball group tackles and hard hits. KeKes return and influence is noticeable.

- I saw more drops by the WRs than I anticipated. You would think with the experience we have coming back that they would be sure handed but quite a few times I saw the group as a whole drop a few easy ones. TEs look very improved and Zaire Mitchell might be our best target for who ever wins the QB job.

This guy is one of the most "polished" coach's I have seen in person. Engaged, intense, and targeted approach. Very much looking forward to our performance on that side of the rock.

No reason the defensive unit cant be just as good if not better than last year!

We mentioned in our story today by @ColbyDGuy that @ChaseLasater is a player to keep up with this season, especially given his tenacity. The Owls' D is looking primed to be one of the best #CUSA has to offer and - if all goes well - could be THE BEST. 🌴🏈🌴 pic.twitter.com/cBtCiU25Hd