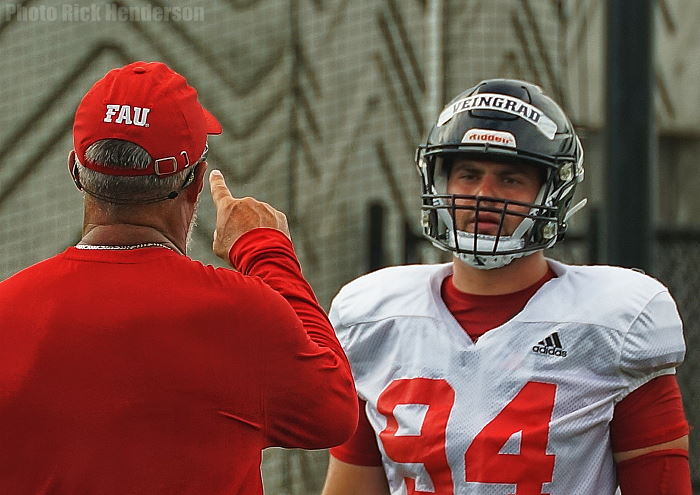 The first week of Fall Camp is officially in the books, and the competition is still brewing. With position battles waging on, FAU is still working on setting its roster and preparing for their big week one matchup with Florida on Sept. 4.

"We have around 90 to 93 scholarship players, which is unusual," defensive coordinator Mike Stoops said during today's media availability. "You want to be able to make sure we can use that depth to our advantage in all positions."

One of the position groups that is returning a lot of depth is the defensive line, bringing back redshirt sophomore Jaylen Joyner and freshman Evan Anderson with an extra year under their belts due to COVID-19. They both showed flashes of dominance in the trenches and were able to get to the quarterback. Ryan Veingrad and Marcell Southall are outside candidates to add depth to that group as well.

With day seven of camp in the books, here is the fourth rendition of the parliament Position Previews, detailing the defensive line, and notes from today's media availability.

Im a huge fan of Mungin and he was so effective last year (except when it came to catching the ball) that Id be disappointed if he saw fewer snaps. Moss seems like a really good guy and a solid rotational piece. Id rather see Mungin start.
Twitter: @JakeElman97

Some additional nuggets to note from Coach Stoops:

"Once we come out of this next scrimmage we'll have a pretty good idea of the guys we're gonna' run with."