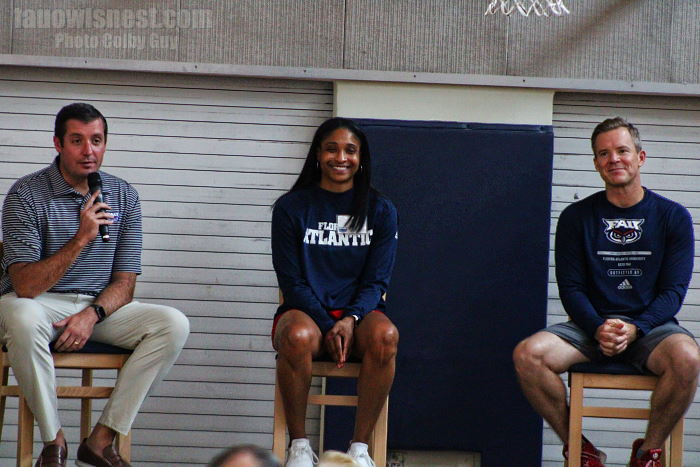 On the practice court, and just in front of the court doors, some primarily cosmetic and aesthetic update concepts were displayed as well.

It is worth noting that the upgrade project for FAU Arena thus far has consisted of many projects overall, and has had many phases, including court floor updates, seating upgrades, new LED scoring tables, a new scoreboard, and led stripping - all of which have been completed as of last season.

Remaining and committed efforts towards completely renovated locker rooms are nearly finalized as will be unveiled in the not too distant future.

Other enhancements are in the works or being discussed as well. Included are lobby area renovations, inside arena renovations, and other spaces.

Below are the collections of the lobby concepts which were available for public display today, and some inside concepts.
E-Mail: rickthendersonjr@gmail.com 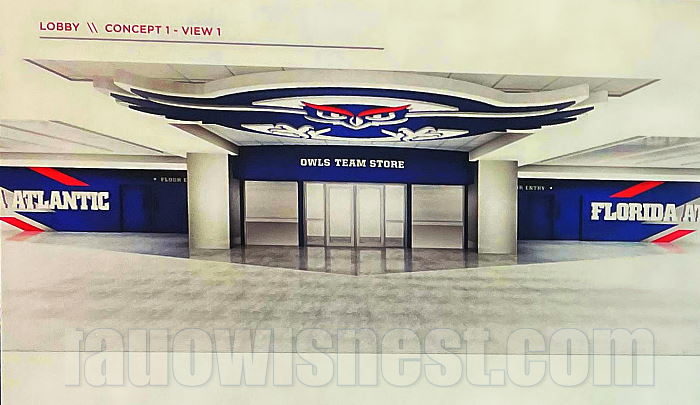 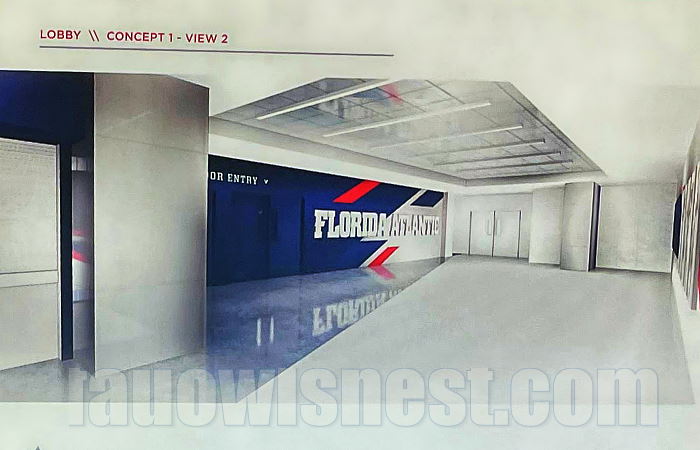 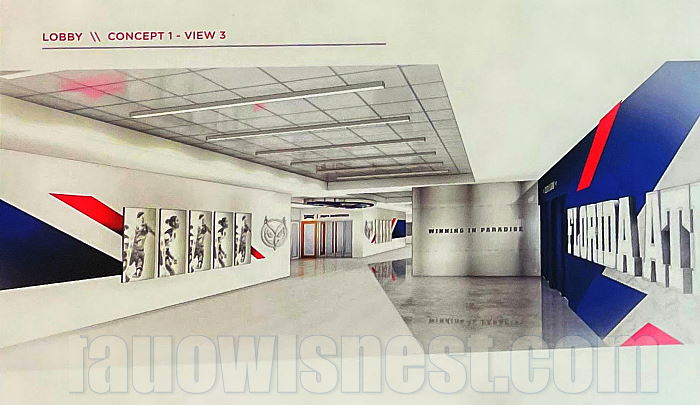 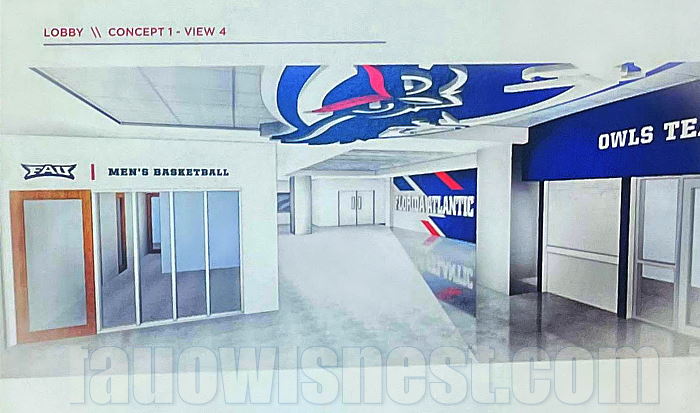 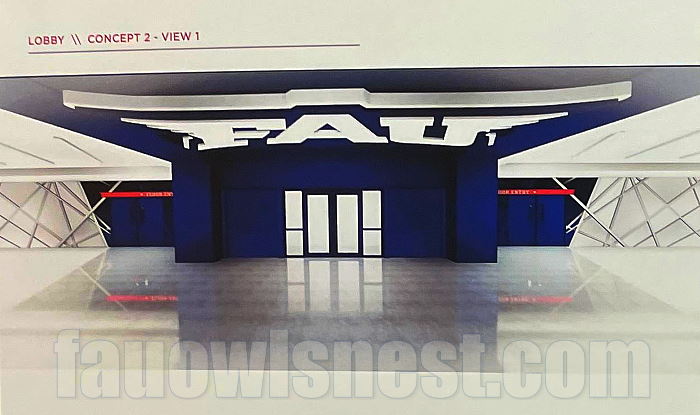 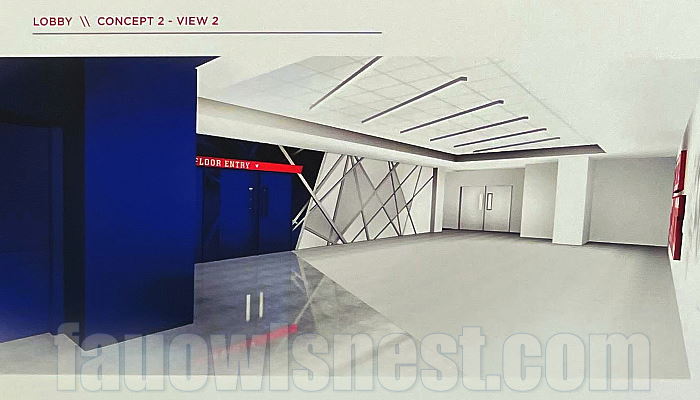 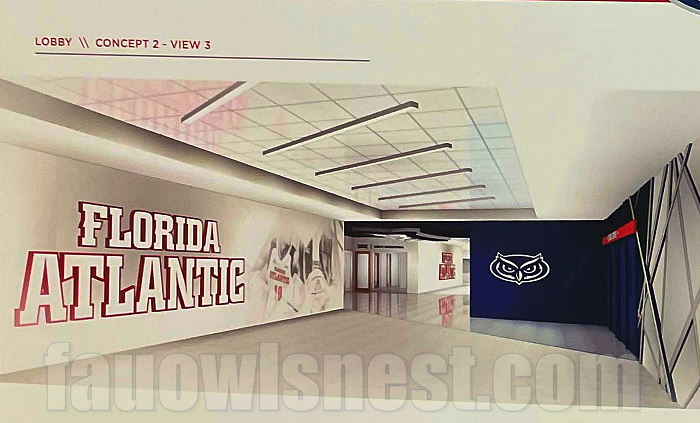 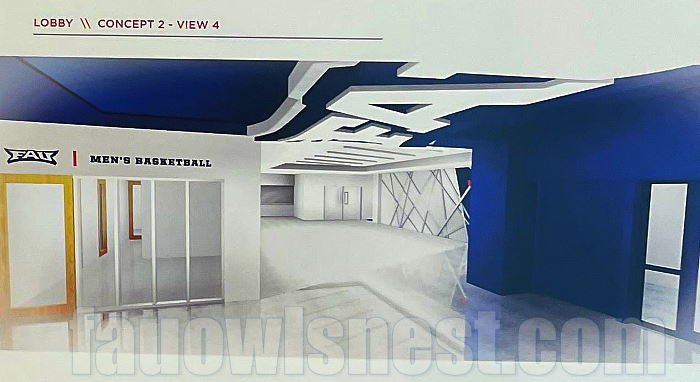 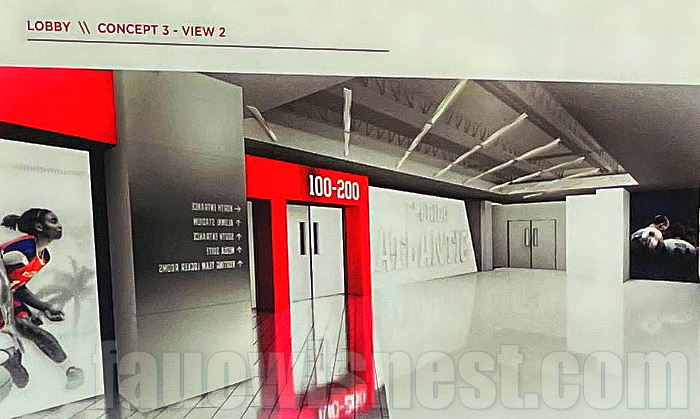 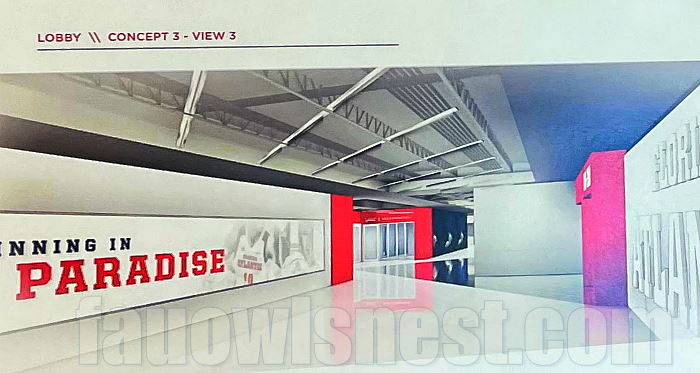 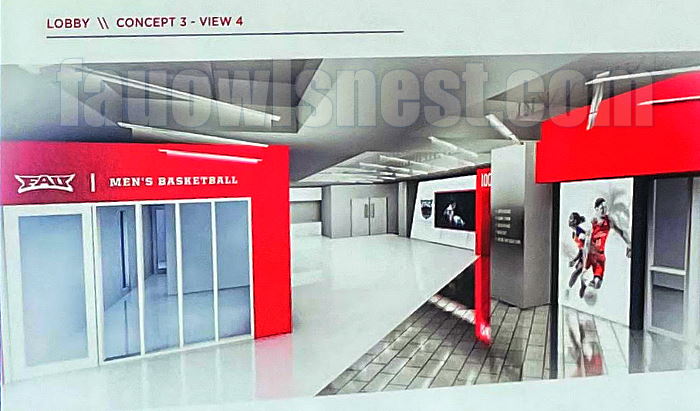 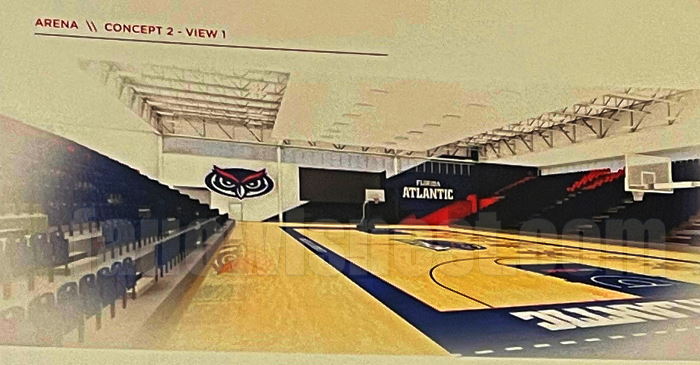 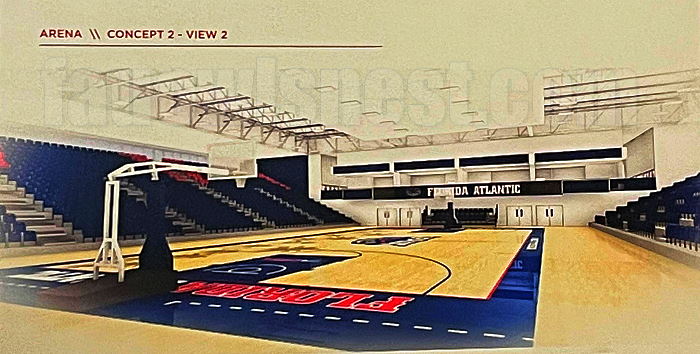 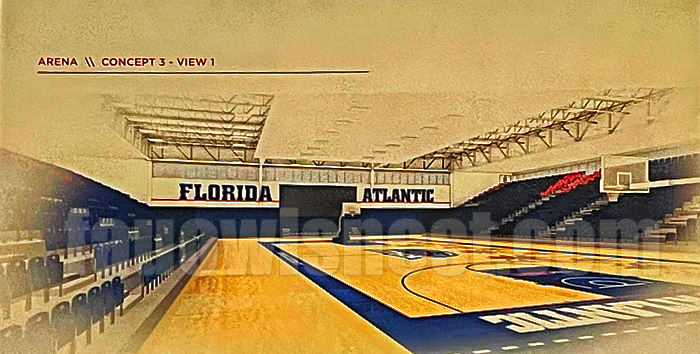 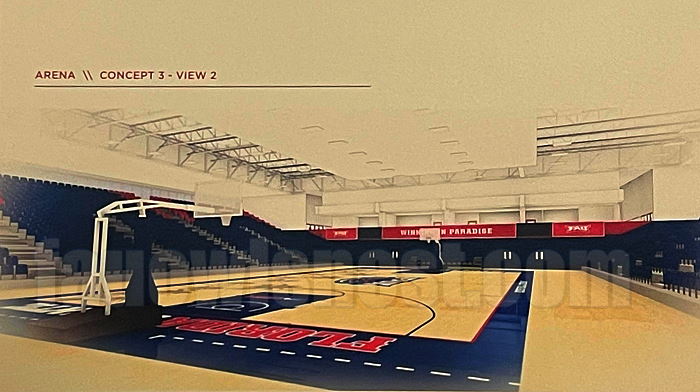 So what's the seating capacity after all that?


I just don't get why they cannot tear the north wall down, put seating at the same height like the east and west and create a horse shoe. There is a small road behind that wall; it can be pushed back.
If you do that; the layout changes dramatically and becomes bigger.

I say save the money on making the Arena prettier (again) and use that $$ to help build a new bigger LEGIT arena next door on the lot with the parking lot and area with a few trees. A bigger lot allowing a bigger building. Then either tear down current arena to replace parking OR leave it as a practice facility and Volleyball arena.

That not being done I agree with the prior post! WE gotta get the seating capacity to 4K MINIMUM! We think our facility is worst in CUSA just wait to see how substandard in the AAC!!!!!!!!

THIS would be a good fit;