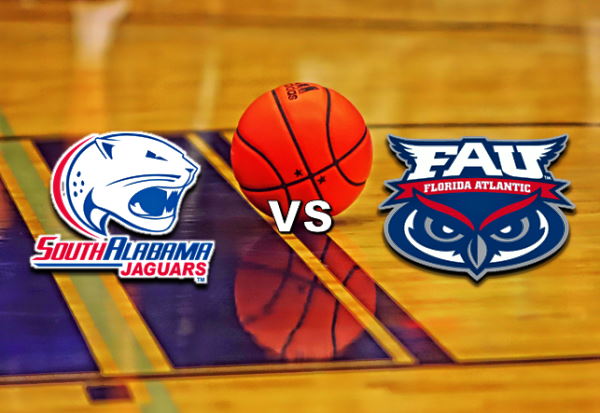 Where: The Burrow - Abessinio Court at Eleanor R. Baldwin Arena

Series: The Jaguars own a 12-4 mark over the Owls and have won the last five contests.


USA at a Glance

With a win on Wednesday night, FAU can tie their best ever start of 6-1 which was set during Head Coach Dusty May's inaugural 2018-19 season.

Florida Atlantic is coming off a 73-56 blow out win over Albany on Saturday. But it did not come without some drama, as the Great Danes battled back tie the game before the Owls buckled down and used a 12-0 run to seal the victory. Guard Nick Boyd had a career high 16 points to pave the way in scoring. 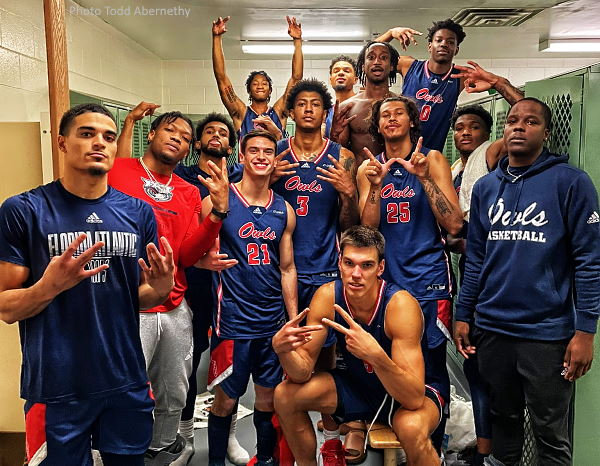 Coming into the game, Owl center Vlad Goldin (seated above) ranks ninth amongst Division I players with a 73.2 field-goal percentage on the year. The sophomore is 13-15 (86.7) over the past three contests.

FAU continues to pour it on from long range and has dropped more triples than their opponents in each game played thus far. The Owls have a +23 margin in makes over foes, and are out pacing them by nearly five percentage points in performance.

The team has four players averaging double-digits offensively in that of Michael Forrest (13), Alijah Martin (12.6), Johnell Davis (11.5), and Goldin (11). However, Davis looks to continue to be out of the lineup after suffering a lower leg injury against Bryant in the first half of the Owls' Paradise Invitational opener. He's been in a boot since.

Unlike the last five meetings, expect FAU to be the favorite over the Jaguars when the line drops.

South Alabama (3-4) will continue their stretch of seven straight games away from the Mitchell Center on Wednesday. The Jaguars participated in the Hostilo Hoops Community Classic last week, taking two of their three matchups.

South beat Robert Morris, 84-70, in their final game, and guard Isaiah Moore was named to the all-tournament team. The win against the Colonials was the first time two Jaguars have scored 20+ points in the same game this season - Moore and center Kevin Samuel.

Moore has led the Jaguars in scoring in six straight games, reaching the 20-point threshold in four of those instances. Samuel, a Florida Gulf Coast transfer, is the NCAA Division I active leader in career rebounds with 1,114. He's also averaging 2.1 blocks per game, good for third among Sun Belt players.

South Alabama placed two players on the Preseason All-Sun Belt teams. Samuel was named to the first-team, and VMI grad transfer Greg Parham II was voted to the second-team.

The Owls are ranked #73 in Ken Pom rankings. South Alabama is sitting at #168.

Is CUSA.tv actually going to show the game or just stream the radio broadcast? We cant get out of this crap league soon enough


CUSA.tv is ran by the host school, which is FAU in this case. They stream the game, and there is a radio version as well. My hunch is you clicked on that one instead of the video version…
E-Mail: rickthendersonjr@gmail.com

The Owls open at -7.5, and now has an average of -6.
E-Mail: rickthendersonjr@gmail.com

The Owls are set to tip against the Jaguars at the top of the hour. Here's your starting five for FAU:

Goldin has already rejected him and forced him to two travel twice.

Goldin with the SLAM FACIAL.

Owls on a 9-0 run.
E-Mail: rickthendersonjr@gmail.com

Davis back in for FAU, surprised, but good to see.
E-Mail: rickthendersonjr@gmail.com