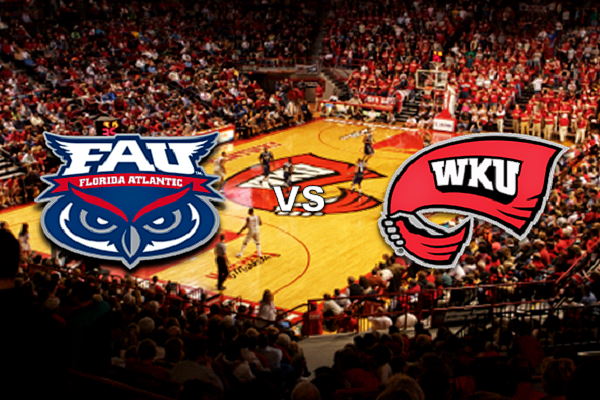 Series: Hilltoppers lead 17-7 over the Owls. This is the first matchup between the two teams this season.

Even as North Texas held them on the ropes for most of Saturday's encounter, the Owls scrapped their way through with a spectacular second-half performance from sophomore guard Johnell Davis as he scored 14 points after only getting two in the first.

Junior center Vlad Goldin made sure FAU sealed the win at the free-throw line in the final seconds. Despite shooting 56% at the charity stripe this season, he knocked down both attempts to keep the Owls' program-record winning streak alive. 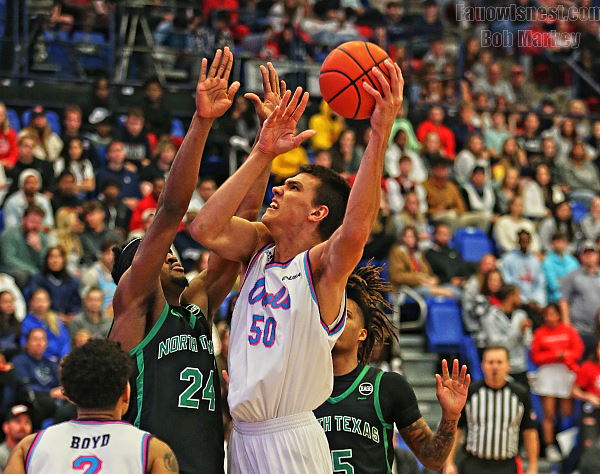 
Davis has been on an offensive tear in the Owls' last four contests. In that stretch, he is averaging nearly 20 points per game shooting 57% from the field and 53% from beyond the arc, which FAU will hope to see continue against WKU on Monday.

After this contest, FAU and WKU will meet again in Boca Raton on Jan. 28th at 4 PM.


WKU at a Glance

After getting past arguably their toughest matchup in North Texas, the season will not get easier for FAU as they take on Western Kentucky men's basketball on the road.

The Hilltoppers bounced back from a five-game losing streak including a poor 0-3 start in C-USA play, winning three straight against UTSA, UAB, and FIU. In that span, they outscored their opponents 224-201.

FAU must limit the production of Hilltopper guard Dayvion McKnight. McKnight, the team's undisputed leading scorer at 17.4 points per game, is effective at creating his shot as he knocks them down at a 48% clip. He also has a strong tendency of getting to the free-throw line, leading WKU in free throws made and attempted.

The Owls have to be wary of WKU's elite shot-blocking ability. They deny 6.1 shots per game, ranking the best in C-USA and 4th in the country.

Should FAU's guards go inside the paint, expect them to have their work cut out for them going against Jamarion Sharp. Sharp, the 7-foot-5 Hilltopper center, is responsible for 4.3 of WKU's blocks per game as the team's most important defensive player. Not only does he lead C-USA in blocks, but he also tops the nation in that statistic.

The Owls need to be careful with their shot selection. The Hilltoppers allow just 39% of their opponents' attempts to go in, so FAU has to be diligent in finding holes against the WKU defense.

Member since 2022
Here's the starting lineup for your NATIONALLY-RANKED FAU squad as they get set to face Western Kentucky:

Member since 2022
Owls off to a cold start shooting-wise

Goldin THROWS it down as Owls try to shake off a rusty start, shooting 25% from the field and 20% from 3⃣.

WKU is arguably playing their best possible game so far all things considered.

Can they do this for two halves?

FAU held off an early shooting barrage from Hilltopper Luke Frampton to lead by 1⃣ at the break. Boyd LIT UP the perimeter with 9⃣ PTS, as Owls EDGE WKU 20-18 in rebounding #GoOwls🦉🏀

Got to find a way to keep the darlings in the game.

Member since 2022
Owls composed in the transition!

Boyd places a BRILLIANT PASS to Forrest for the layup on the fastbreak to cap off a 7-0 run! 🔥#GoOwls🦉🏀 pic.twitter.com/fg3H0C1VoA

This would be a return to form statement win to get out of Diddle by 10+.

NOT supposed to be doing that really against any east teams, but this being on the Hill makes it even that more special.