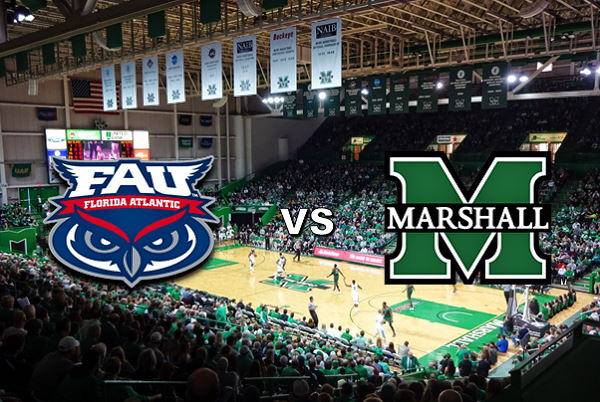 
Marshall at a Glance

After having their last game postponed due to COVID, and dropping four straight games, the Thundering Herd are looking to get back into the win column. Most recently, they were handed a lopsided 79-56 loss to LA Tech to open league action. Other setbacks include Ohio (75-65), Northern Iowa (75-60), and Toledo (95-63).

Marshall has beat up on competition such as Milligan, Jackson State, and Bluefield to pad their win total (7). Of note, they played #29 Indiana to within 11 points (90-79).

Looking at the numbers, FAU should find solace in the fact that the Herd is not a good three-point shooting team, which is an area the Owls are looking to improve upon while sitting last in C-USA in 3PT defense.

Marshall is giving up eight more points per outing to opponents overall, but boasts a C-USA best 6.79 blocks and 28.8 defensive grabs.

Junior guard Taevion Kinsey (19.2 ppg) is the Herd's leading scorer while accounting for a whopping 25% of Marshalls total shot attempts on the season. Ironically, he is just 17.8% from downtown with 48 tries. Regardless, he will command the Owls' attention in shut down duty.

FAU will also need to keep control of the rock against guard Andrew Taylor as well. The RS sophomore already has 33 swipes (3rd C-USA) on the season through 14 games - a mark he took 22 games to amass last season.

If it seems like a long time since the Owls have been on the hardwood, that's because it has. On Saturday, the team will make their way back after seeing the first two Conference USA games postponed due to a resurgence in COVID related protocols - one due to opponent issues, and one of their own.

Last time out, which was 18 days ago, FAU dropped a 55-52 road affair at Highpoint. Leading scorer Mike Forrest was held to just two points off of a 1-of-11 showing from the floor, and was 0-of-7 from long range. Despite the setback, he still claims 5th best individual mark from distance in Conference USA.

Compounding matters, Florida Atlantic was without both forward Bitumba Baruti (photo left below), who has become a staple in the starting lineup and currently sits third on the squad in rebounds, and Everett Winchester (7.5 ppg). Perhaps most importantly was the loss of defensive pressure both absences presented. 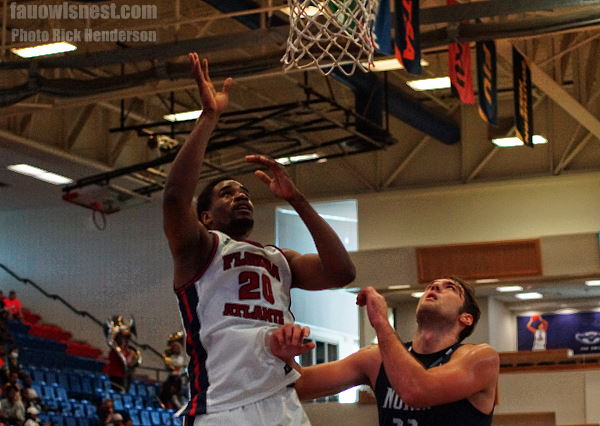 In his weekly presser, Coach May shared that both players were back in practice and it would be a fair claim that they will be available against the Herd. Guard Michael Greenlee leads the way in C-USA in assist to turnover ration with 48 dishes to 21 opponent takeaways.

The line is out at +5 for the Owls, but I am somewhat reluctantly (given road performance) going to stick to my formula and go with FAU in a squeaker (-2).

This is obviously a stark stance (7 points), so hopefully they will honor it.

Starting five for the Owls:

We're underway, and Taylor already has a steal and a basket for the Herd.
E-Mail: rickthendersonjr@gmail.com

Vlad has four quick points, but just got totally dunked on.

Forrest with a triple - welcome back!
E-Mail: rickthendersonjr@gmail.com

Forest with ANOTHER TRIPLE!

Six IMMEDIATE points off the bench down low.

Herd has no answer for his size.
E-Mail: rickthendersonjr@gmail.com

Best start on the road I have seen in years by the Owls.

Marshall starts in a zone and that doesn't work, so they switch to man, and that ain't working either!