Biggest Home Contest of 2022 On Tap for the Owls 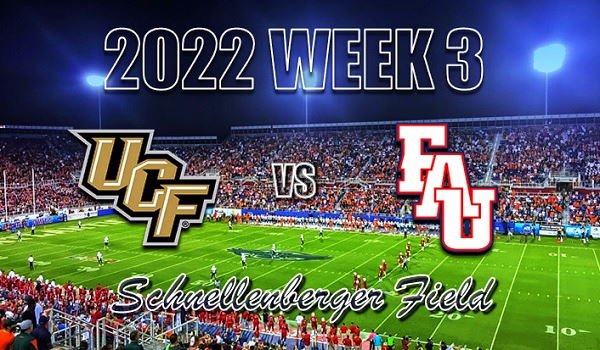 The Series: UCF owns a 3-0 mark against FAU

Through three games now, the offense is humming along at 41 points per game. The last time that happened was in 2019 but it didn't occur until the span of games three, four, and five of the season.

N'Kosi Perry followed a five touchdown performance last weekend at Ohio with a fairly accurate 18-of-30 effort for 259 total yards and three touchdowns. Senior slot LaJohntay Wester (photo below) netted 140 of those yards and two of the touchdowns after connecting with Perry eight times on the evening. 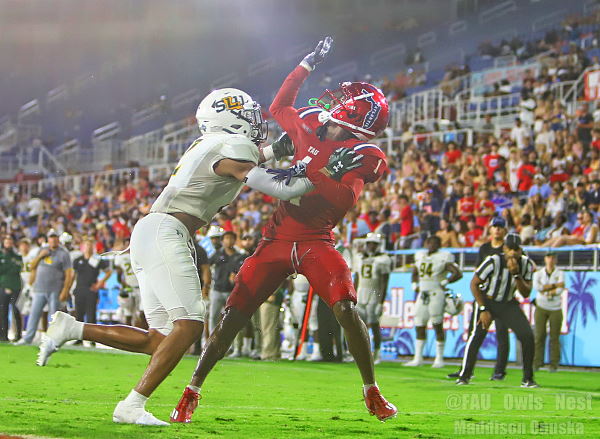 Perry is currently ranked 2nd nationally in total yards with 879 behind North Carolina's Drake May who has 930 to his credit. Running Back Larry McCammon is ranked fourth in rushing yards with 303 yards. As a team, the Owls are 9th nationally in offense with 525 yards per game.

On paper the Knights enjoy defensive edges in most defensive categories, so this game will be a true litmus test to see if these numbers can be maintained.

They will need to all continue bringing their "A Game" as in the three game series dating all the way back to 2003, Central Florida has been productive on offense while registering an average of just under 46 points per game against FAU.

Like the Owls, the Knights have been dealing with some key injuries. And despite a set back to Louisville at home under the Friday night lights, they still have an impressive defensive offering and will present some challenges for FAU to overcome.

Leading offensive weapon and signal caller John Rhys Plumlee has been a consistent ground threat through two games posting 5.5 yards per carry, but his arm has not been as reliable. He was effective against South Carolina State (64.5%) in a season opening 56-10 win but struggled against the Cardinals (47%).

This follows suit with his career trends, having left Ole Miss when asked to convert to wide receiver due to consistency before landing at UCF under Gus Malzahn through the portal. Nonetheless, it will be interesting to see how he performs against the Owls' secondary.

Leading the rushing attack behind Plumlee is Isaiah Bowser, who has 138 total yards through two games off of 37 carries. And Plumlee's favorite target has been Javon Baker. Originally an Alabama commit and four star prospect, Baker briefly pledged to Kentucky before having a change of heart and hitching his post to Malzahn's offense.

The trio of Plumlee, Bowser, and Baker account for seven of the Knight's 10 total touchdowns. Defensively linebackers Jason Johnson (14), Jeremiah Jean-Baptiste (12), and Walter Yates (11) own 32% of the team's total tackles.

Looking like the game is going to be sold out soon.

For the Love of God, please let this be our night to shine on the stage - with no lightning 🙏
E-Mail: rickthendersonjr@gmail.com

I think we get destroyed, but that is protection so I can't be disappointed again 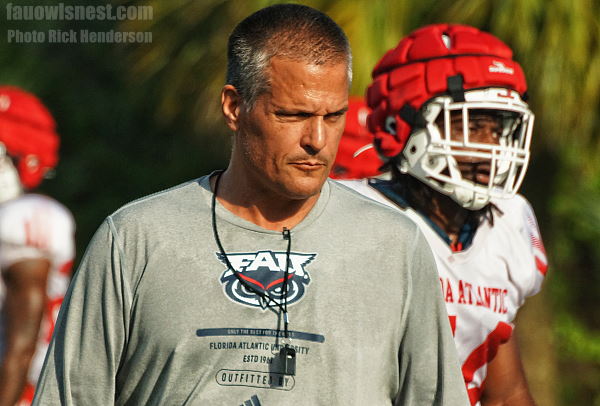 "This opponent is a climbing class, they present a lot of challenges. The guy (Plumlee) is an athlete, he's got swagger too. To me personally…a ferocious competitor. Anytime you get into a duel threat guy you always have to be aware of his legs. There's things we have on the sidelines in case things become an issue. I think we'll have to pressure guys who have the ability to finish plays." - FAU DC Todd Orlando
E-Mail: rickthendersonjr@gmail.com

Looking like the game is going to be sold out soon.


Yeah, it's about time we had one of those games. 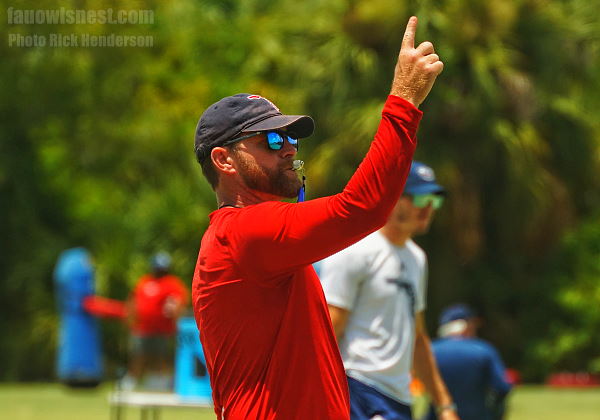 "There's always things that we can clean up…But we're pretty happy where we are. It's a great feeling to know we have multiple weapons. They (UCF) are fast…they fly around. It's going to be a real college football environment." - FAU OC Brent Dearmon
E-Mail: rickthendersonjr@gmail.com


Yikes.
Teambeer is the most knowledgeable FAU sports fan I know, way smarter than me.