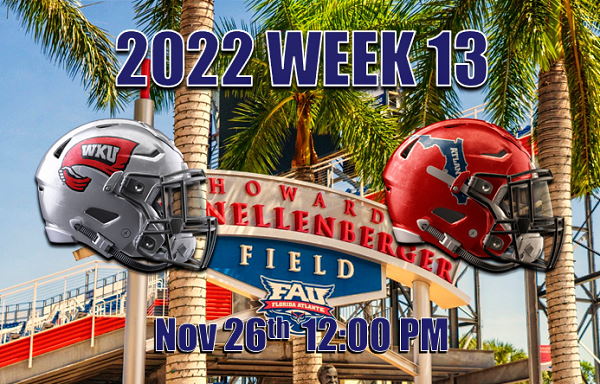 In what has become a theme over the last couple of years, FAU finds itself in a familiar situation needing a must win game over the Hilltoppers to extend their season.

The opening line of five points which pits FAU as the underdog was a surprise to some, but it is worth mentioning that the UAB home contest for Week 9 placed the Owls at six points. And, we all know how that turned out.

Florida Atlantic has been a very puzzling team this year. They have arguably had a win over a P5 team in Purdue taken away from them, and also upset one of the league favorites in that of UAB. This while being completely dismantled twice by Conference USA opponents as favorites against both MTSU and North Texas.

Nonetheless, these points only go on to indeed illustrate the fact that "anything can happen on any given Saturday".

What must happen though is an immediate reversal of fortune in the secondary, where FAU was obliterated and gave up 448 yards to Chase Cunningham (40-of-54, 74%) and his Blue Raider receiving core. And that feat won't be any easier against Austin Reed, who has positioned the Hilltoppers just below MTSU in completion percentage for the season. 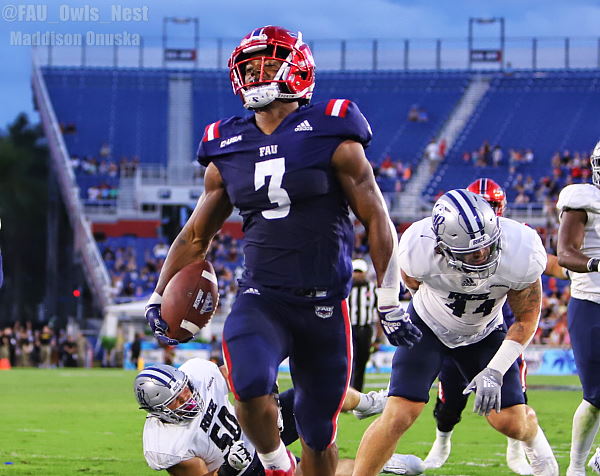 Another element missing in Murfreesboro was the Owls' rushing attack, grossing just 69 yards while taking home 31 for the day. Team leader Larry McCammon (photo above) had his worst showing of the year with 35 yards on 14 carries. Zuberi Mobley managed four yards, and everyone else was in the red.

This should not be the case on Saturday, as more favorable personnel match-ups will present themselves and in turn will hopefully kick-start the FAU offense which relies so heavily on the rushing attack being their overall set up partner.

The Owls' lone loss at home in the Hilltopper series was to none other than then WKU Head Coach Willie Taggart back in 2011 for the grand opening of FAU Stadium.

Looking at the schedule and counting the number of games played, one might ask "why does Western Kentucky already have twelve contests to their credit for 2022"?  The answer comes from The "Hawaii Exemption", which is a rule enacted by the NCAA that allows Division I football teams that play at Hawaii to schedule a 13th regular-season game. The Hilltoppers did just that in Week 1, handing the Warriors a 49-17 loss.

WKU is in the upper tier of Conference USA teams this year for a reason, and that is evident within a number of key statistical indicators. The Hilltoppers claim the top spot in scoring defense with 22.8 points allowed to opposition. This is enabled by a passing defense efficiency of 120.8 (2nd), and 154 yards per contest allowed on the ground (4th).

Signal caller Austin Reed is paving the way in passing yardage, putting up 335 yards per contest, and also has the most touchdowns to his credit on the season with 40. He's accounted for a whopping 70.3% of Western's total yards of offense.

Reed has seven targets at his disposal, and all are hauling in receptions at or above 10 yards per catch. Orange City, FL product Malachi Corley is seeing the most targets and has amassed over 1,000 yards on the season.

The Hilltoppers are coming off a 41-17 loss to Auburn. The game was tied at the half, but the Tigers clamped down in the second frame to hold WKU's offense in check and score 24 unanswered themselves. WKU outgained Auburn 396-374 in total yards. 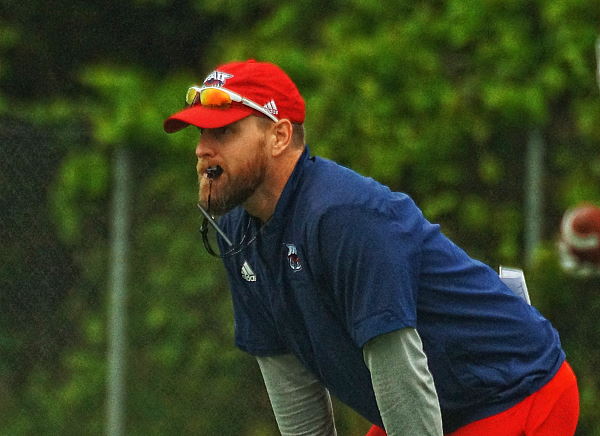 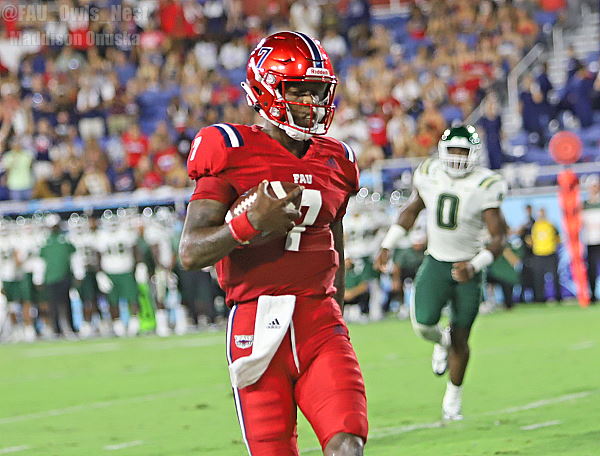 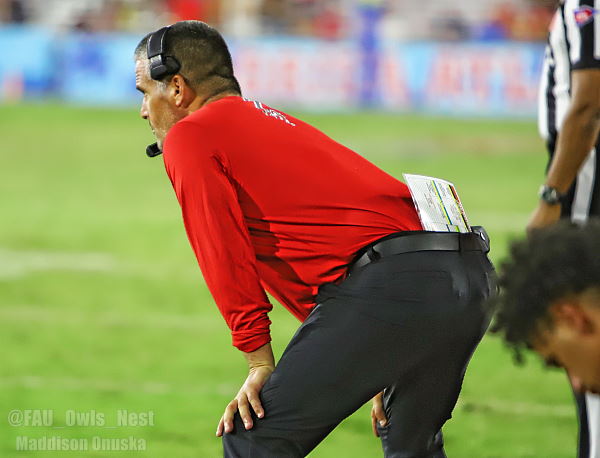 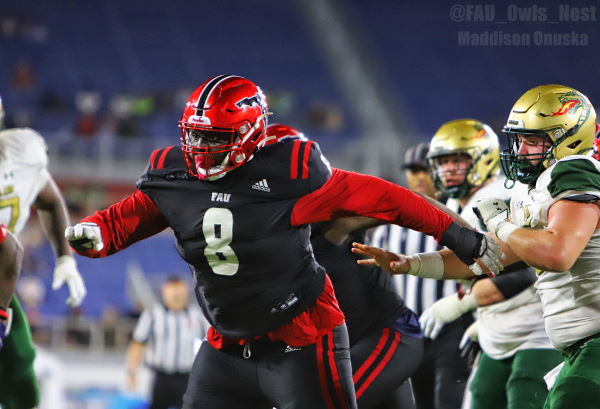 Owls will get a boost tomorrow on the defensive line.

Jaylen Joyner, who did not travel the last two games, will be in the rotation.

For those keeping track, when he and Evan are in that is two guys that normally get double teamed. 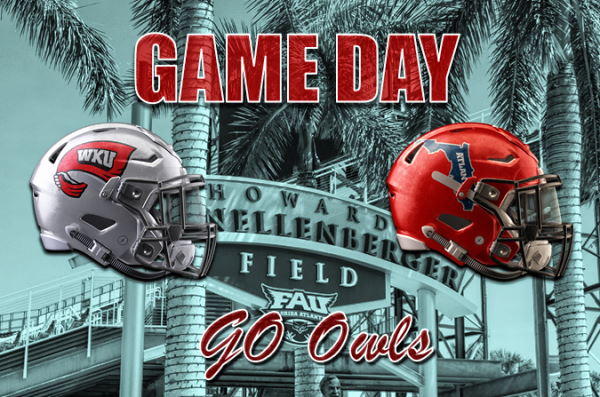 This team hasn't had an identity since Willie arrived, maybe they will find their identity today? If this is another blowout to FAU I am not certain next year will be exciting to look forward to in a tougher conference.

After last week I cant imagine how many passing yards WKU will have at half time. Over/under 275