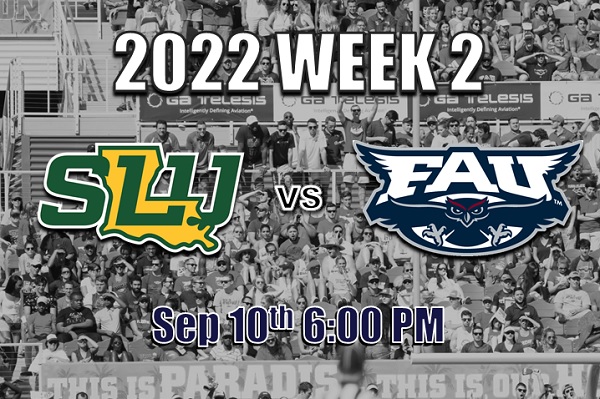 The Series: This is the first meeting between the two teams

With the toughest portion of the 2022 schedule due up in two weeks, FAU is glad to be heading home after a 41-38 nail biter loss to Ohio in their road debut. However if it is a tune up they are looking for, that may not be what they get in the visiting Lions.

The Owls have some work to do in the secondary, where the opposition is converting at a stealth 69% heading into the weekend. Conversely, they are remaining stingy on third down conversations with only a 33% success rate.

After two games, the receiving core is leading the way with four scores with Je'Quan Burton (photo below) and Jahmal Edrine each accounting for two. RB Larry McCammon holds two of the ground crew's four touchdowns and has a team high 460 all purpose yards. 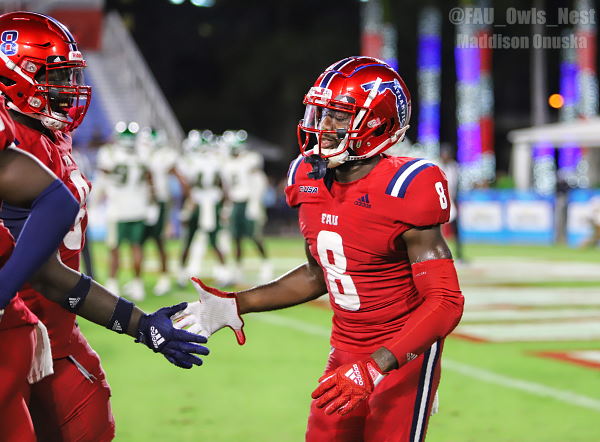 N'Kosi Perry made some spectacular throws at times in Athens. And while the overall 346 yards produced with five scores was impressive, the final completion percentage of 56% is something he will most assuredly look to improve upon beginning immediately.

LB Eddie Williams is leading the way for the team in total tackles with a hefty 23 take downs, and Jayden Williams is next in line with 16 to his credit.

Coach Taggart was hopeful to see the return of running back Johnny Ford against the Bobcats, but that did not play out as planned. However, that is still the goal for the upcoming contest against SELA.

Defensive lineman Evan Anderson will not play against the Lions, as he recovers from a lower leg issue. He is presently hopeful for the upcoming trip to Purdue.

The FCS ran roughshod against C-USA in week one, with Bryant taking Florida International to overtime at home before falling by a point and James Madison pounding visiting Middle Tennessee 44-7.

Southeastern Louisiana didn't have that kind of success in their opener at Fun Belt member Louisiana Lafayette, ultimately falling 24-7 after their first half was unremarkable offensively. However they matched the production of the Cajuns in the second half, drawing even in points and overall performance.

The Lions entered 2022 looking for their third NCAA FCS playoff appearance in the past four seasons. One of six teams to be ranked in the final FCS Top 25 in each of the past three seasons, SLU holds the fifth-longest streak in FCS with 26 straight weeks ranked in the top 25. They arrive in Boca Raton at #16.

Southeastern Louisiana returns a veteran offensive line and plenty of receivers for 6-5, 202 lb quarterback Cephus Johnson III who has taken over the reigns at signal caller.

Prior to SELA, Johnson was a starter for South Alabama. He will look to use both his arm and legs to move the football but has a favorite target in that of slot Mannie Logan-Greene. Originally a New Mexico commit, Greene posted 625 yards for the Lobos before heading to Iowa Community College where he upped that mark to 766 yards with five scores.

On the defensive side, the Lion's strength is in the secondary. At cornerback, Ferlando Jordan, is one of three All-American corners suiting up for SELA. 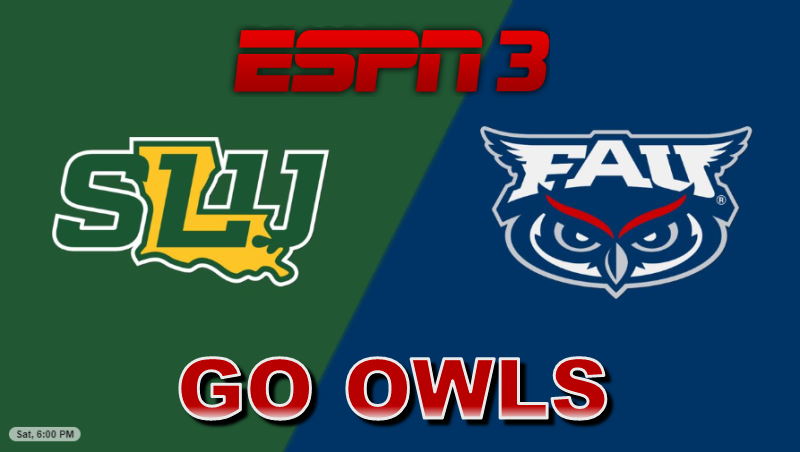 Saturday's game has been moved to ESPN3. That is a statement given their decision to promote it. And while it is not ESPN, ESPN2, ESPNU, or ESPN News, it is free to all cable subscribers and does not require a subscription to view.

Hopefully we'll see some more go in that direction.

Member since 2022
Southeastern Louisiana supporter checking in—looking forward to the trip this weekend. I assume this will be the thread to discuss the game. Any questions about our program, fire away!

The link to our message board is: lionupfans.com (follow link to message board) or direct at LionUp Fans - Information

Board is free but need to register for a username to read or post.

Welcome to the forum! Looking forward to a good game with NO injuries 🙌
E-Mail: rickthendersonjr@gmail.com

Welcome to the forum! Looking forward to a good game with NO injuries 🙌


Where are your injuries at?

Have some other "issues" as well but can't elaborate on those

"All you recognize in these guys is their athleticism. The quarterback is huge, can throw the ball down the field. The second we put the tape on Sunday we were impressed."

"He is so big…we've seen him run db's over and even linebackers. It's going to be a challenge."
E-Mail: rickthendersonjr@gmail.com

Where are your injuries at?

Have some other "issues" as well but can't elaborate on those


D-line for us also. Four guys were injured during camp and will either miss the season or significant time, and got another guy injured on the first series of the game against ULL. And we lost our left tackle early in the game. We have depth, but as the saying goes, your only as deep as you are healthy. Good thing is we played ULL without those guys and got after them pretty good, and allowed several young guys to get their feet wet against a good football team. If we can hold our own and survive this week, it should bode well for the FCS portion of our schedule and hopefully the playoffs.

How many of our front seven are out tonight; or wearing a hand cast and ought to be out? I'm glad Ford is there and walking about; I hope he gets through whatever the thing he needs to get through. No injuries tonight. Let's go owls.