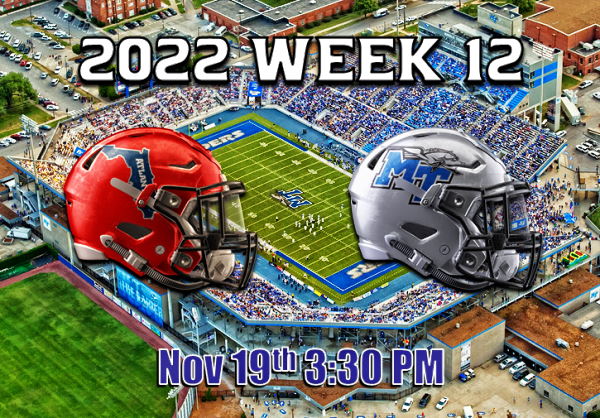 The Series: The Blue Raiders hold a 13-5 advantage and took last season's meeting 27-17

FAU will be looking to earn just their third victory in Murfreesboro in 10 tries on Saturday. And they have adequate motivation to do so.

Last year, the Blue Raiders erased a 14-10 lead heading into the fourth quarter at FAU Stadium by scoring 17 unanswered to dismiss the Owls' bowl hopes and leave them home for the holidays. 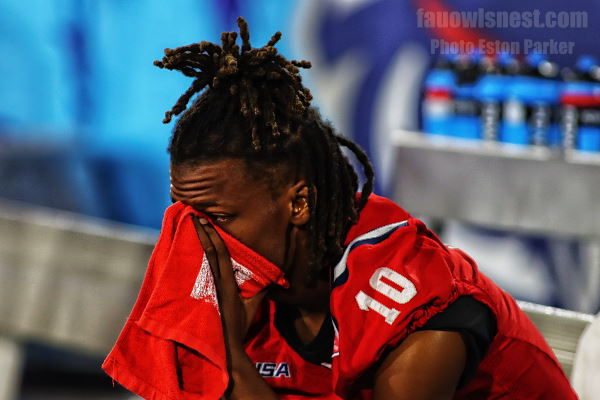 Are they in store for a close contest? If history was a clear indicator of future results, the game would either be a one point loss, or one by one to three touchdowns.

In fact, out of 10 total contests in Murfreesboro, four (*) have been decided by a single digit. Of course this includes the first and infamous "Miracle in Murfreesboro" meeting where Jared Allen found Roosevelt Bynes deep for the touchdown that gave the Owls' their first FBS win.

But the Owls have a few things going for them this year. For one, they just annihilated rival FIU 52-7 in the largest margin of defeat ever for a Shula Bowl and are riding high emotionally. 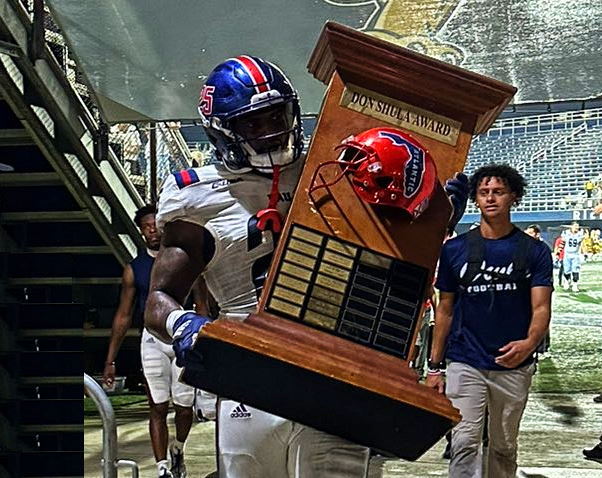 Secondly, they have the Blue Raiders former offensive coordinator Brent Dearmon, and someone who has some inside knowledge of the MTSU system on both sides of the ball, and knowledge on the remaining players themselves.

Lastly, they don't have an absolute must win hanging over their heads - one that is adding pressure to the situation like last season's meeting did. That's not to say this contest shouldn't be looked at as a must win. Because in all reality it should. If eligible, the Owls will be bowl jockeying with eight teams, and possibly more, looking to line up for limited spaces.

FAU will be looking to heat things up under chilly conditions, with game time temperatures forecast to be in the low to mid 40's. They are 2-6 historically in contests with a kick-off temperature of 50' or less.

Middle Tennessee walked away with a 24-14 victory over Charlotte at home in Week 11 action. They will be back on the home field for the final time against the Owls, where they are 2-2 on the season. Sitting at 5-5 overall, they need just one win to claim eligibility for the post season.

Of note, they earned the win without two of their best players in that of starting quarterback Chase Cunningham, and top wide receiver and kick returner Jaylin Lane. Both have undisclosed injuries that were sustained against La Tech on November 5th. Coach Rick Stockstill referred to them as "pretty significant" in his post game interview.

If Cunningham can't go again against the Owls, they will likely see familiar face QB Nick Vattiato, who took over in last season's come from behind Blue Raider win at FAU Stadium, and also got the start against Charlotte. He was  8-of-17 for 90 yards against the Bulldogs and improved that mark significantly against the 49ers, going 22-of-29 for 203 yards with one pick.

MTSU's 114 yards per game on the ground places them at the bottom of the pack in Conference USA. Frank Peasant is seeing the lionshare of carries, and has amassed 636 yards on 143 attempts (4.4 YPC).

Defensively, CB Decorian Patterson leads the team with a career-high four interceptions which ranks first in C-USA. As a unit, the Blue Raider defense has forced 17 turnovers in 10 games this season to rank 40th nationally.

In special teams play MTSU has two players of note the Owls will surely see. Punter Kyle Ulbrich leads C-USA and ranks 10th nationally in punting with a career-best 45.75 yard average. This is just ahead of FAU's Riley Thompson (45.61, 12th).  In the kicking game, Zeke Rankin is a perfect 10-of-10 on field goals.

Under Rick Stockstill, the Blue Raiders have been involved in 27 games that were decided in the final minute of regulation or overtime. The team is 16-11 in those games and have won 12 of the last 17. 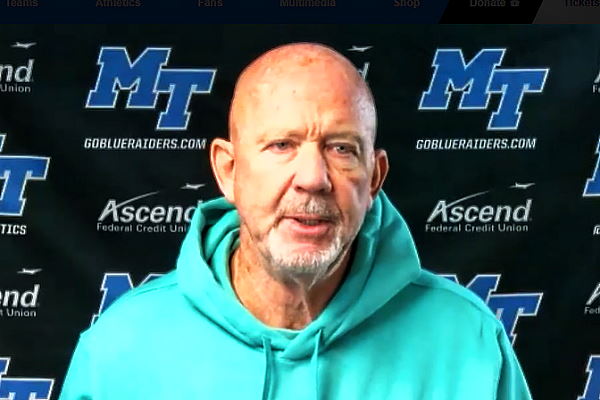 "I'm hopeful, but I'm not overly optimistic that we're going to get guys back. We'll have a better idea on that towards the middle to end of the week. On (QB) Chase Cunningham we'll probably know on Saturday if he's able to go or not." MTSU Head Coach Coach Rick Stockstill on injuries heading into FAU game.
E-Mail: rickthendersonjr@gmail.com 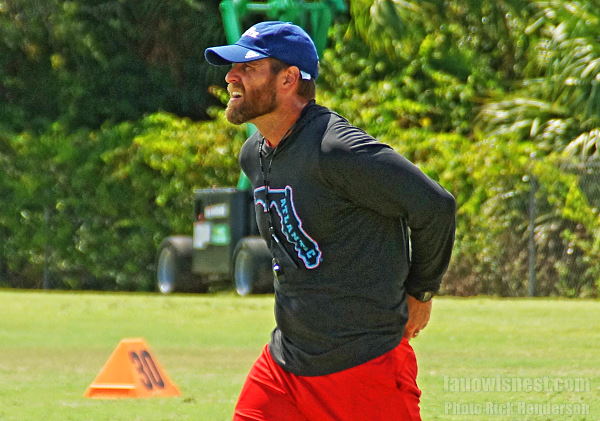 Coach Dearmon discusses the Shula Bowl, and upcoming game versus the Blue Raiders: 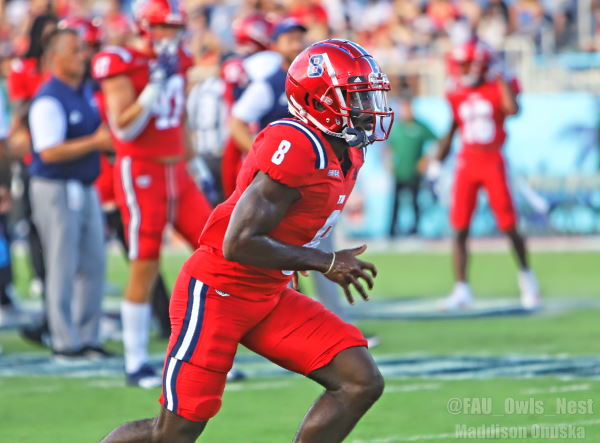 WR Je'Quan Burton on the same: 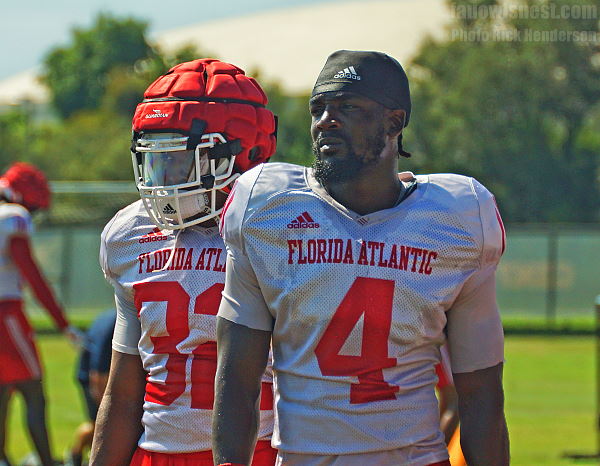 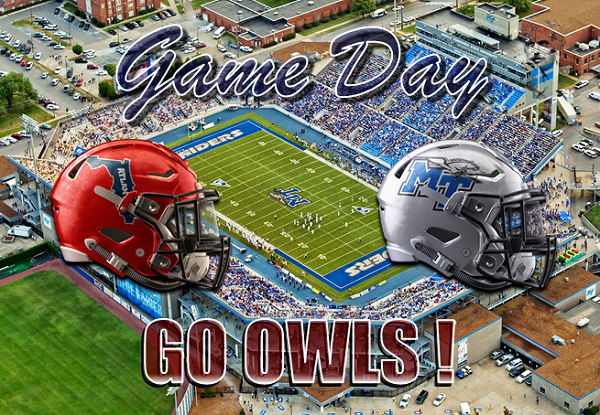 Thread is open for business.

MTSU QB Chase Cunningham is listed as the starter on the 2 Deep for today's contest against FAU.

Was NOT listed for Charlotte last week on the Blue Raider's 2 Deep.

MTSU WR/PR Jaylin Lane is listed as a starter as well after being left off 2 Deep last week. Fastest player on the team for Middle. 4 receptions for 130 yards against Miami.
E-Mail: rickthendersonjr@gmail.com

Underway in Murfreessboro, Cunningham is in fact under center.
E-Mail: rickthendersonjr@gmail.com

Well, that was WAY TOO easy.