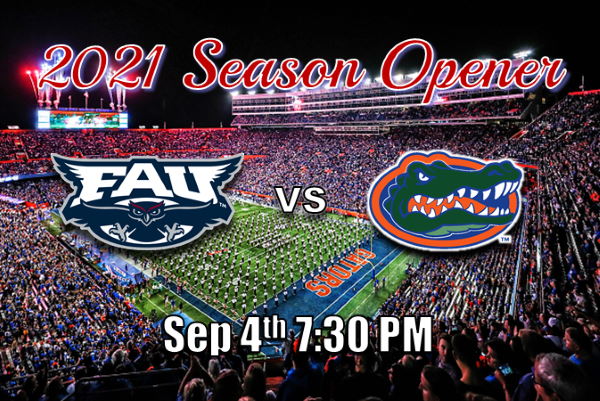 The Series: The Gators currently own a 3-0 series lead over the Owls. Florida won 20-14 last time out on Nov. 21, 2015, with FAU losing off of an incomplete pass in the end zone from Jaquez Johnson in overtime.

Perhaps the biggest storyline pending as the Owls look to begin 2021 regular season play is who will be under center. Nick Tronti and N'Kosi Perry were the likely the two options left fighting for the spot. Perry has more experience at the top level of college football, while Tronti knows the offense a lot better, as he is the returning starter from last season. Perry also didn't join the Owls until after Spring, and Tronti showed a lot of improvement over camp in the passing game, looking more confident in the pocket, throwing deep routes at times. Perry appeared to have best overall camp, showing that he can also throw the ball deep and establishing chemistry with all of the receivers. And if the photo below is any indication of his status as the leader-to-be for next Saturday, we'll hear him calling signals for the first snap of the season. 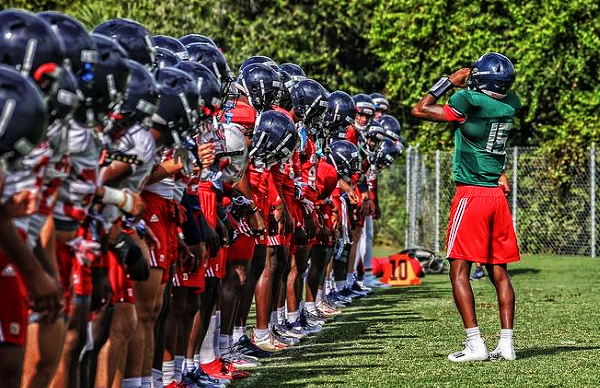 Meanwhile, two other offensive playmakers to watch on the Owls are Johnny Ford and Lajohntay Wester. Ford adds a new dynamic look to the running game. The 5'5, 175 redshirt sophomore transferred over from USF this offseason, showing blazing speed and elusiveness, making him a key playmaker in the Owls' backfield. Wester is also expected to jump to the next level in 2021 after showing out in camp. With his blazing speed and spectacular route running ability, the freshman wideout is sure to improve from his 2020 totals of 114 receiving yards and one touchdown on 17 receptions.

Florida Atlantic is anchored defensively by Akileis Leroy, who missed all of last season. As an emotional leader, the Owls' defense will be fired up to have Leroy and his elite coverage ability back in the fold. Meanwhile, Chase Lasater will man the edge position, making the transition from inside to outside linebacker following Leroy's return. The 6'2, 236-pound redshirt junior already showed elite pass-rushing ability as an inside linebacker in 2020, putting up five tackles for a loss and a sack, and has continued to develop into a stronger edge threat throughout camp. His development will be on full display during this week's game.

The Florida Gators' offense took a hit this offseason, as they lost three of their most prolific playmakers to the 2021 NFL Draft. With starting quarterback Kyle Trask, star tight end Kyle Pitts, and starting wide receiver Kadarius Toney all gone, UF will have an entirely new-look offense heading into the game.

Emory Jones will now start for the Gators at quarterback. Last year, he threw 18-32 (56.3%) for 221 yards, two touchdowns, and an interception. The redshirt junior is a dual-threat quarterback with tremendous speed. This will be the first start in Jones' career, as he has been Florida's backup for the past three seasons. Senior wideout Jacob Copeland will be Jones' best returning target, having 589 receiving yards and nine touchdowns last season, while senior halfback Dameon Pierce will lead the way on the ground, putting up 503 rushing yards and four touchdowns on 106 carries, averaging 4.7 yards per carry in 2020.

Defensively, the Gators are headlined by one of the best cornerbacks in all of college football in junior Kaiir Elam. He was third in the nation in passes defended (11) while adding 28 solo tackles, 39 total tackles, and two interceptions on the season. Usually, Jaydon Hill, who added seven pass deflections of his own last year, would make for a deadly one-two punch in the secondary, but he is out for the 2021 season with a torn ACL.

Elam starred at Benjamin and is the son of ex-Jets DB Abe Elam. He may be a first-round pick next spring.

The best case scenario for this game with how loaded Florida is even after losing Trask is Ohio State 2019. Go in, fight, play better defensively than the box score and final score may show, and dont embarrass yourselves. Worst case is a repeat of Oklahoma.

Everyone seems high on Wester but I dont see it right now. I still want to see more from him as a receiver instead of just on the jet sweeps. Hopefully well get to see TJ Chase step up as that No. 1 wideout.

Getting a chance to talk to Coach Taggart as we finally hit game week.

Expect a lot of talk on the QB's as Perry was named the starter less that 24 hours ago.
When I'm not in school, I'm schooling the CUSA Twitter game; Follow Me Here

Coach Taggart talking about the intense QB battle all Summer. He said that the competition puts the QB room in a much better position compared to last year.

#FAU's @CoachTaggart: It was a really good QB competition.. It made me feel real good about that room going into the season. You can tell @ko_live5 has experience playing at a high level, the way he carries himself, the work that he does.

N'Kosi Perry has brought the mentality of playing at a high level to FAU, which has helped him to land the starting position despite not being here as long as the other quarterbacks.

@ko_live5 is our guy, we selected him to be our quarterback and thats our plan. Were not going to play musical chairs. pic.twitter.com/tLl7BzFc8M

Coach Taggart is using FAU's 2015 OT loss at UF as motivation this week.

#FAU's @CoachTaggart: We absolutely know what happened in 2015 (OT loss to No. 8 #UF). "Even though the game went into overtime, we didn't win that ballgame."

"FAU put themselves in position to win and that's something we want to do ourselves; we want to win"

Nothing against Coach Taggart here, but Coach Schnellenberger put this type of mentality into poetry.

.@CoachTaggart on #FAU playing @GatorsFB, "We understand the challenges that are ahead of us, but we also know it's a great opportunity"

Or as the late, great @FAUFootball legend Howard Schnellenberger put it: "To Believe is to be Strong." 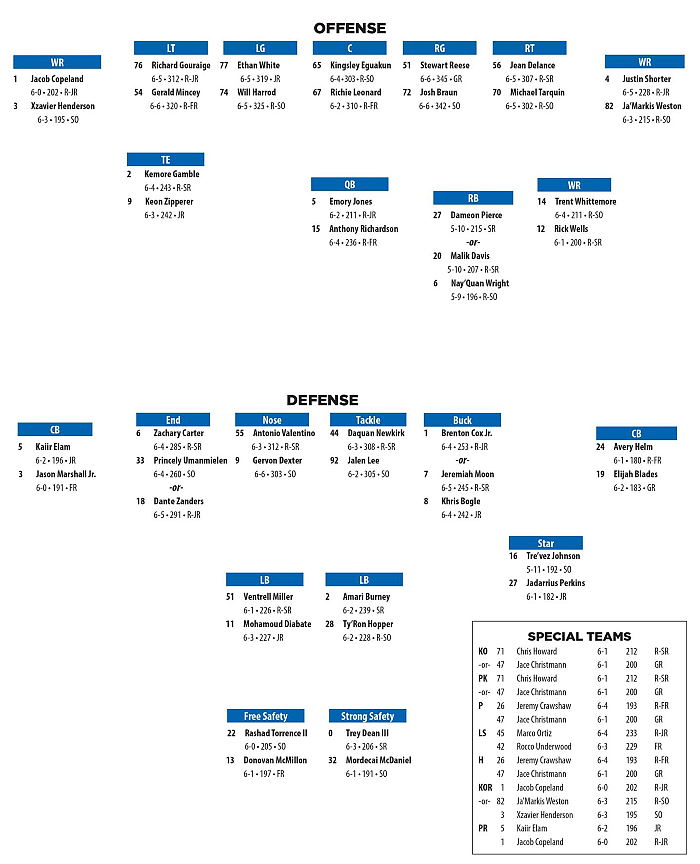